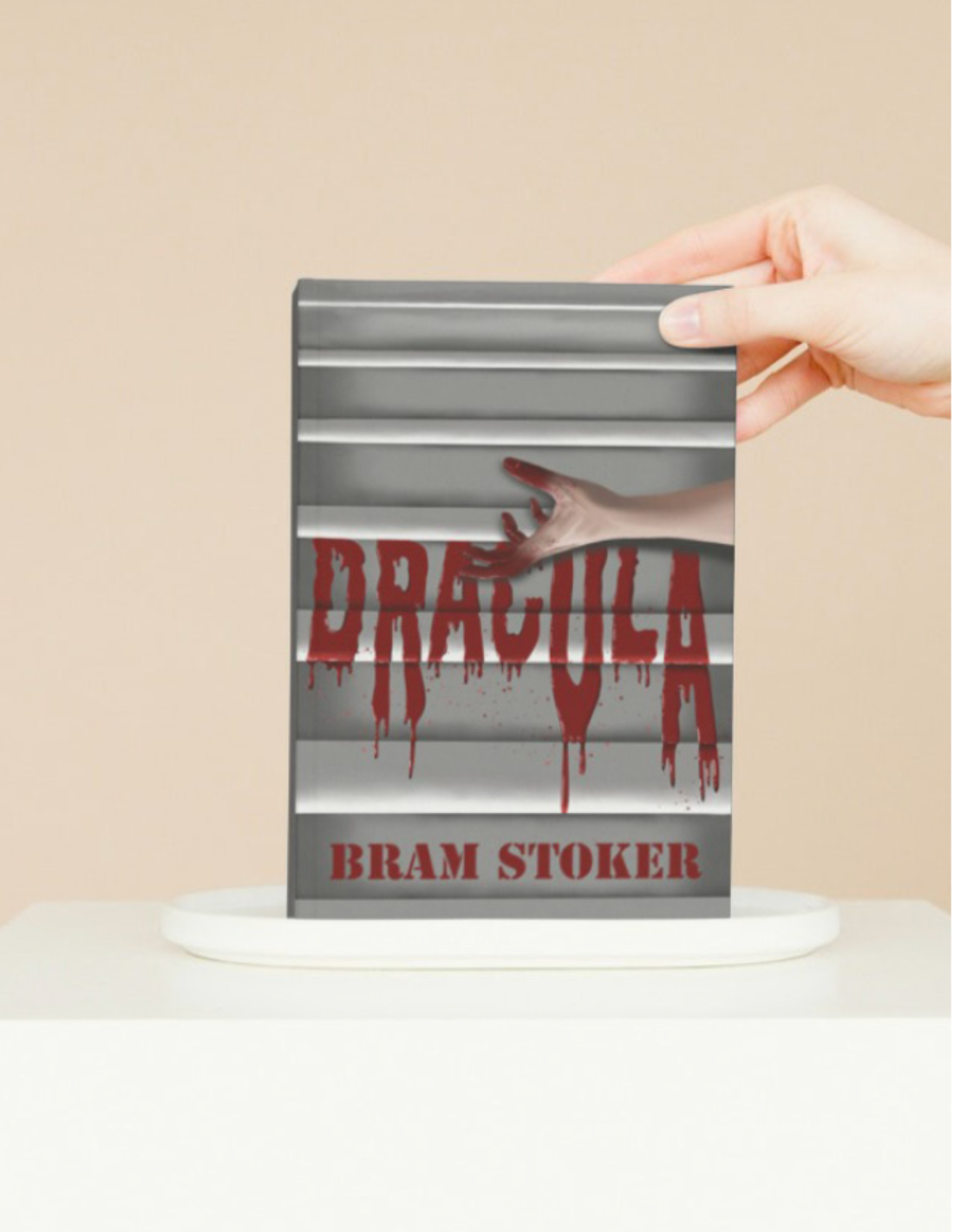 Dracula is a publication document from the Horror/Fantasy novel written by Bram Stoker. She wanted to convey the gothic horror themes of the novel while mixing them with kinetic illustrations and typography.

Her main aim was to add a contemporary atmosphere to classic book. With the use of digital illustration rather than traditional that are majoritly used in the redesigns.

Casey's target demographic was towards people who love and are enthusiastic about classic novels and in turn have a fondness towards the different redesigns of the classic book cover. She illustrated themes of horror and gore that the author was trying to portray through the use of imagery. 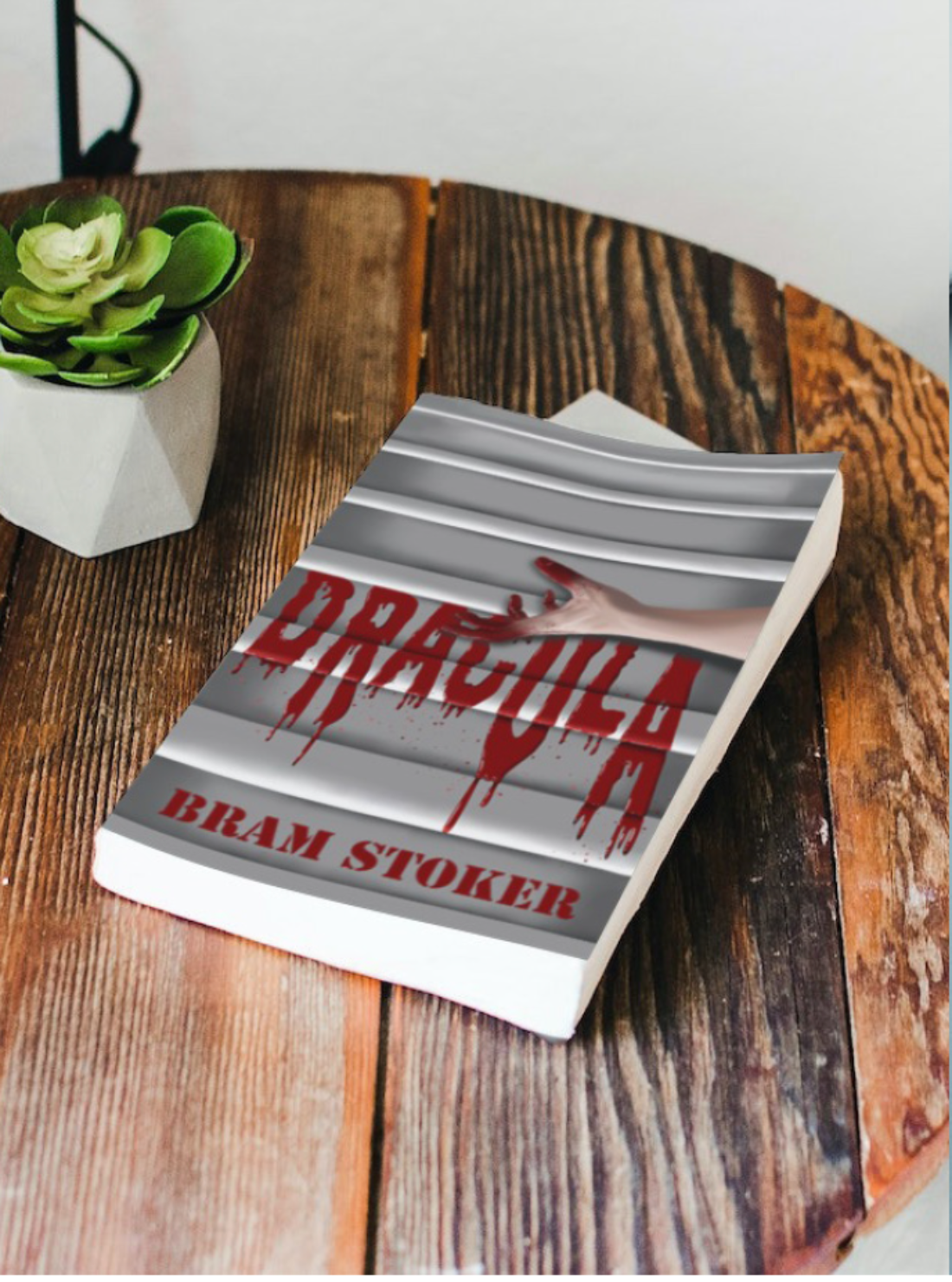 Distortion
Casey utilised kinetic techniques such as disortion to mimic the blood dripping down the front of the novel, the colour choice as well as the design conveys what the creator was trying to portray which is the horror aspect. The distortion really adds to the appeal of the cover making it more intriguining to the consumer.

Kinectic techniques are used in a vast amount of ways to allude to all different meanings, from fun and playful to Casey's idea which was horror and gore.

Horror has been used as an expression tool to create a sense of unease and dread in the viewers and readers mind, this is to enforced an escape from the reality the individual is currently living. 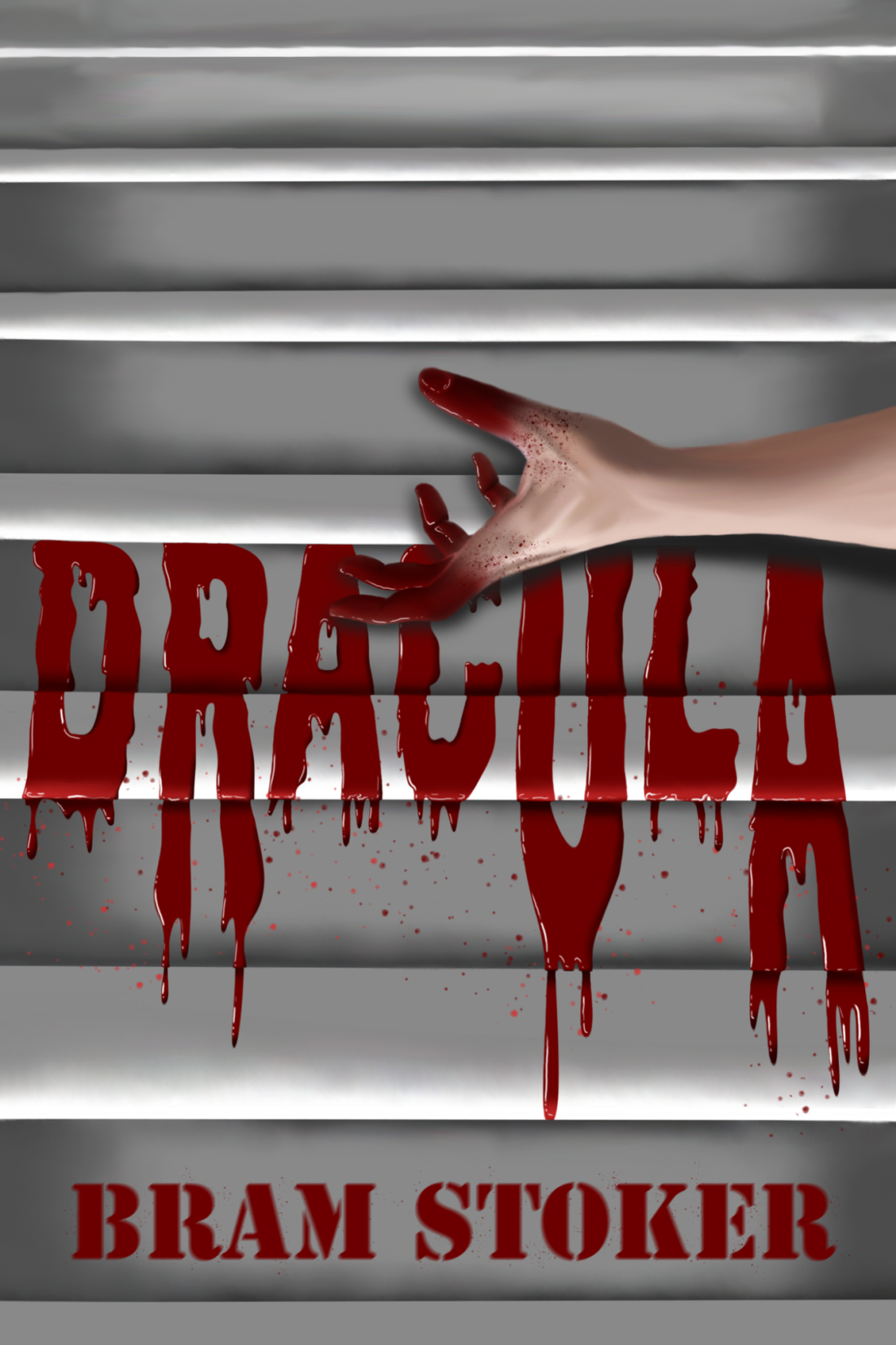 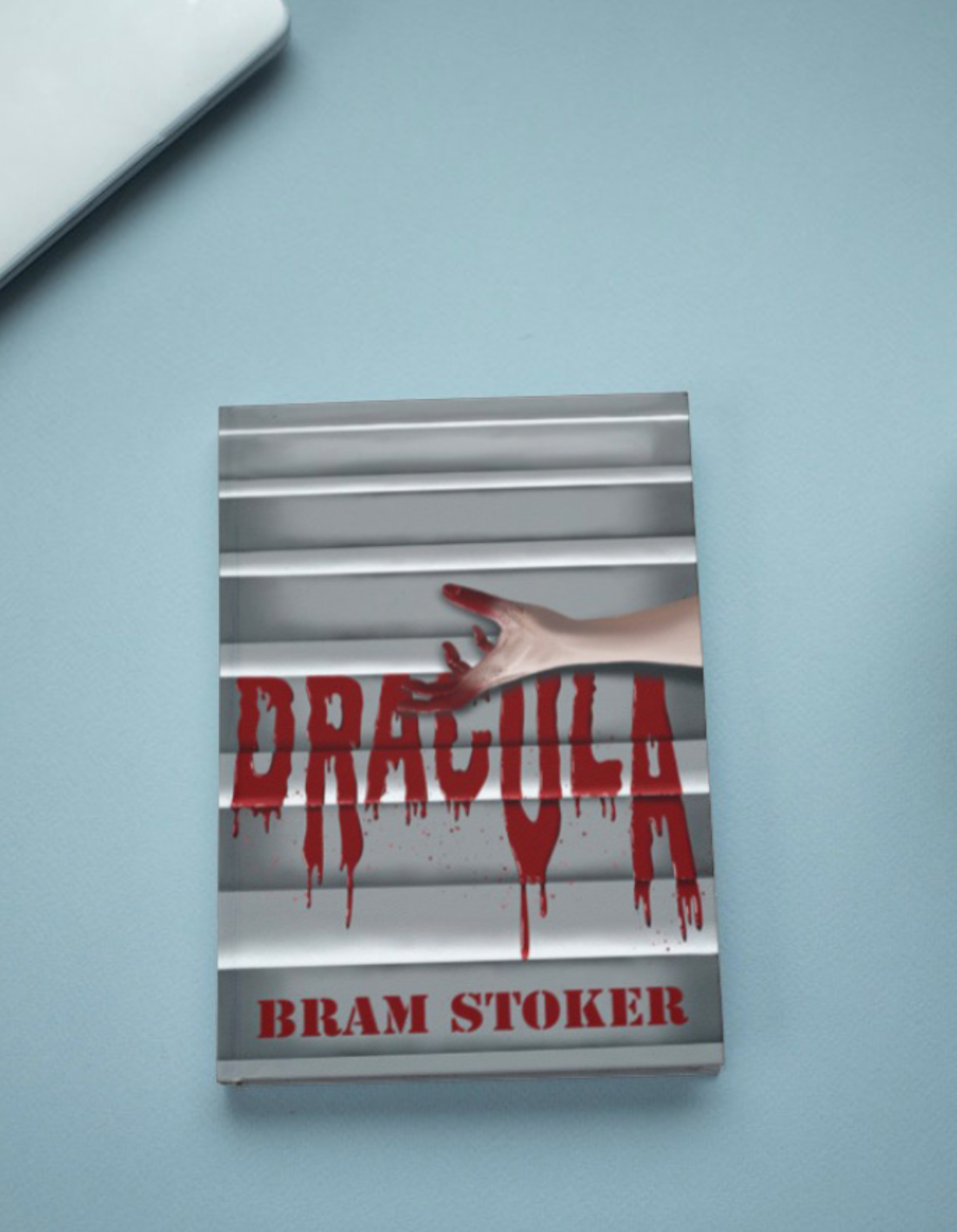 'Red attracts the most attention and is associated with strong emotions, such as love, passion, and anger.'

The connotations between colour and emotions has been studied varsly to be connected to emotions and feelings and physical changes. The colour red has the strongest wavelength and is the most warmest dynamic colour on the wheel which in turn evokes the strongest of emotions in a being from love and passion to danger, power and anger.

Red is enforced to draw attention and builds a sense of dominance in creative aspects especially in Casey's Project in the wording of 'Dracula', the word is her statement piece and that is where her kinetic typography skills inhabit. The effectiveness of the colour red for its striking properties that it can play a role on the physical and emotional side of an individual has been researched thoroughly, based on the colour-in-context theory the colour establishes an increase in the response's strength and velocity that is due to the elicitation of fear. Physical changes that happen to your body from the colour red can include faster metabolism, higher blood circulation and breathing rates. All in all the large colour significance in Caseys work is present in the form of her typography.

Dracula is classic novel and film that revolves around the tangibility of the soul. Bram Stoker motions towards how the soul is a constant active force that represents an individual, this soul can be contaminated by external forces and influences. In the novel vamperisim is the plague that alters the soul from being pure to replacing it to a much more evil force.

Branding the identity of Dracula came hand in hand with incorporating the themes of the novel in the cover such as the blood trickling down the staircase linking it to idea of vampires that is the main plot point in the novel.

The font that Casey used was a font type called cheap pine, which is a sans serif type fact with a weight of 400 with the default figure style being uppercase. It is a decorative type of font that she distorted by adding a variation of highlights and shadow to fit her desired idea. 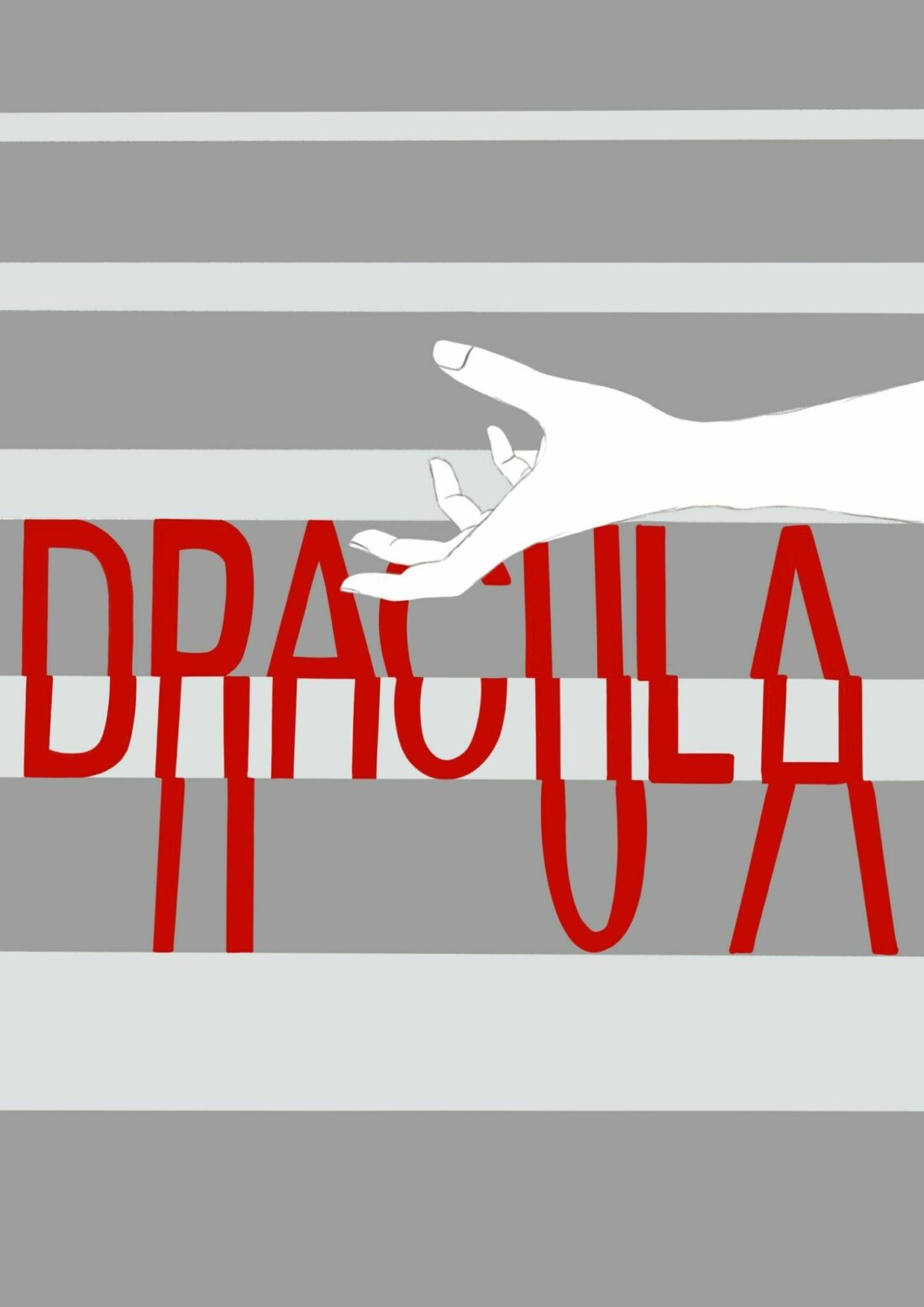 Casey conveyed in the questionnaire that there was a number of changes she would like to of done after reflecting on her work. She mentioned if she had the opportunity to alter her work she would add blur to the bottom of the text that displays the authors name as well as slightly blurring the edges of the font. She felt that this change would add and present a more realistic appearance to the dripping typography, while blurring the authors name could create the illusion that it was spray painted on the bottom step. With these altercations it would make the typeface more cohesive with the rest of the cover rather it looking like a separate element. 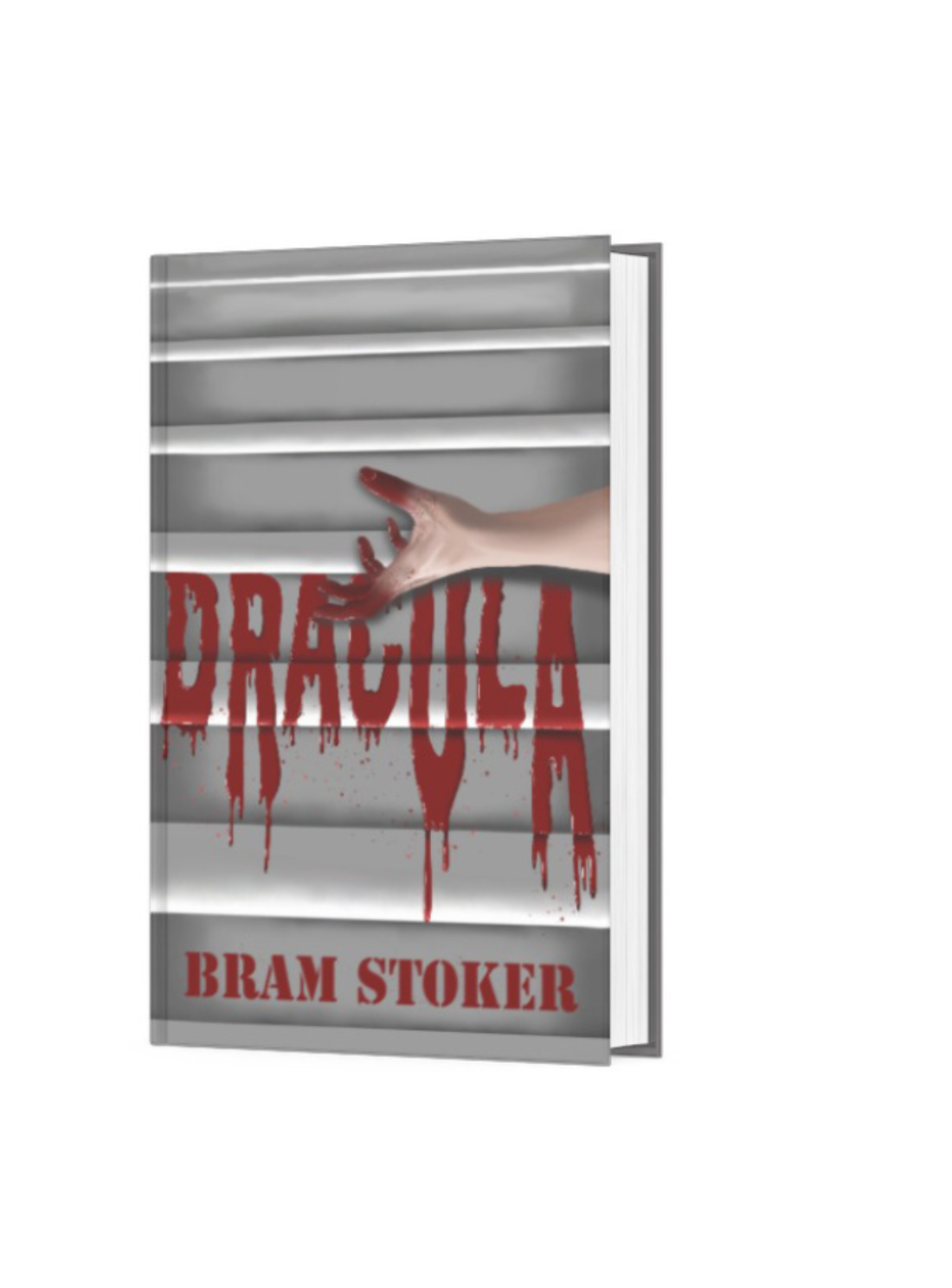 "We learn from failure, not success"