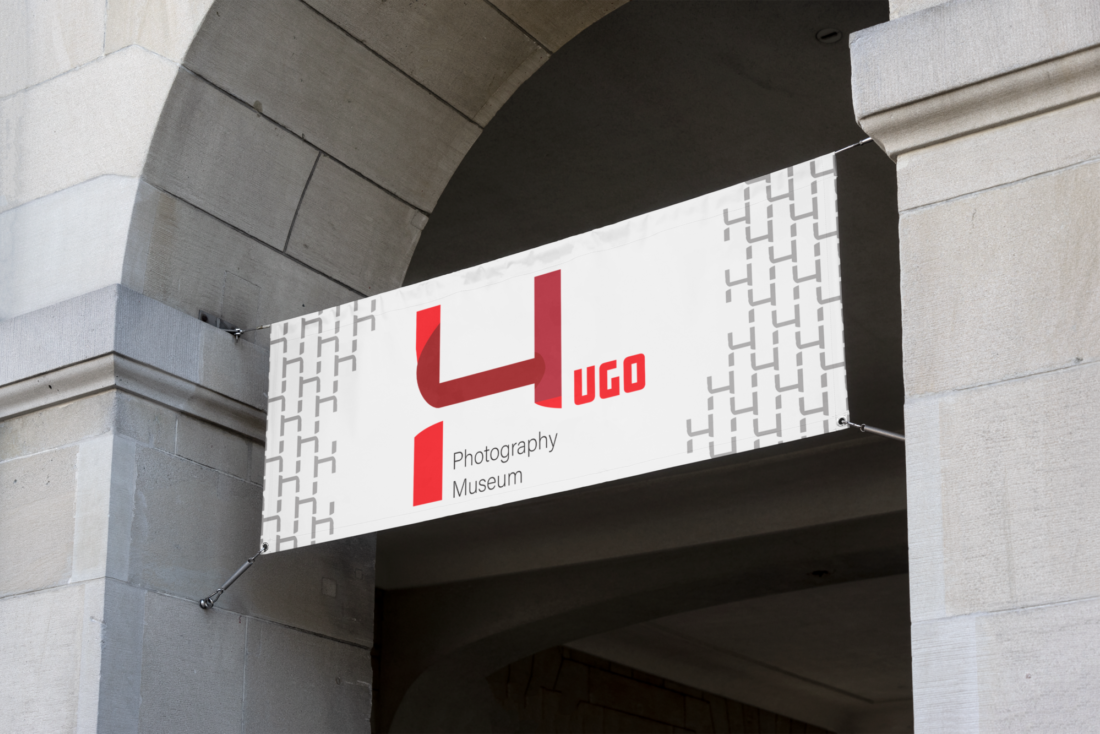 The Brand Identity for Hugo Photography Museum by Visual Communication Design student Ebony Berry was the subject of an interview and review highlighting the conceptual idea, intention and inspiration.
Exhibiting a clean and sophisticated aesthetic, Berry’s project was successfully bought to life through a series of cohesive mock-up designs for advertisement, promotion and merchandise.

"One fragmented word could almost look like a piece of art itself.” - Ebony Berry

Passionate about graphic design and photography, Berry combined the two for her branding project, incorporating kinetic typography. With the Hugo Photography Museum showcasing Australian culture, highly curious attendees aged 25-50 were in mind while designing a complete visual identity - created for those “that are already interested [in] and intrigued by photography.”

Berry felt proud to submit her work to The Australian Graphic Design Awards in the identity category, where she was initially inspired by Helen Yu’s The Justice & Police Museum's brand identity. This led her to explore the kinetic type method fragmentation to create an interesting piece (pun intended). It was applied to the large letter H with a strong result and elements of the logo were then utilised throughout the branding for visual consistency. Berry expressed “how one fragmented word could almost look like a piece of art itself” and construct multiple meanings. Although influenced by other museums which ensured relevance to the industry, her personal touch is what makes this project unique. 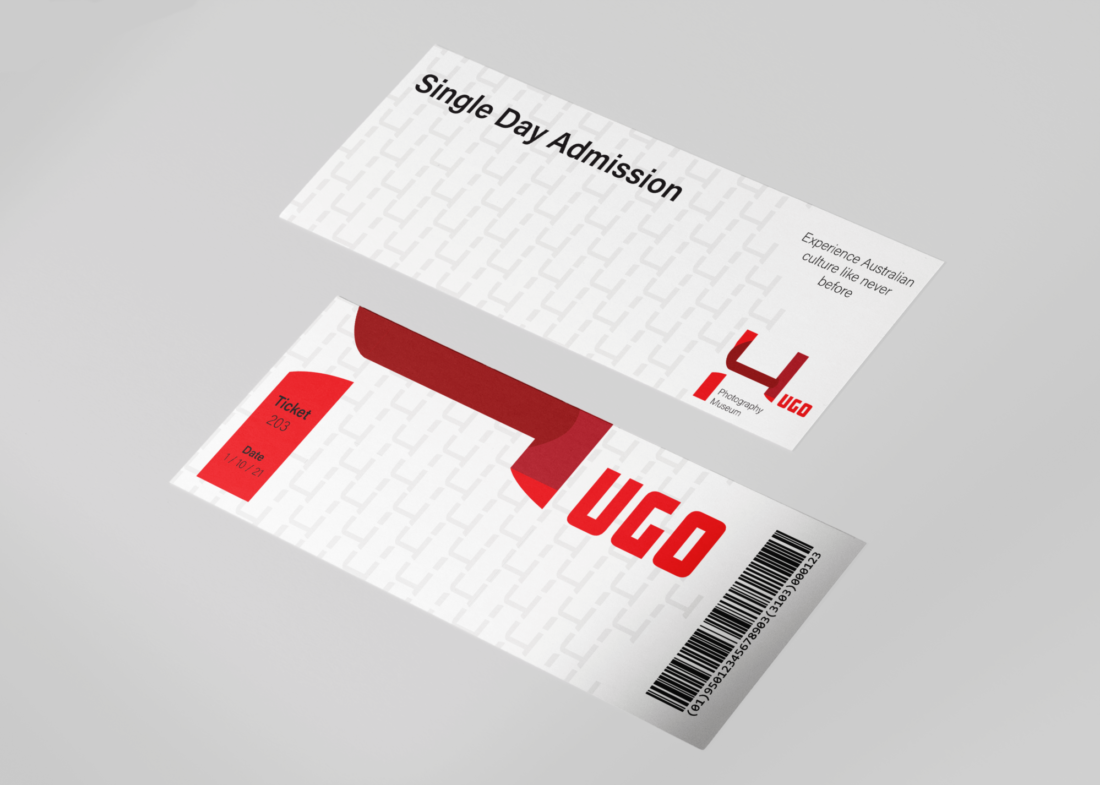 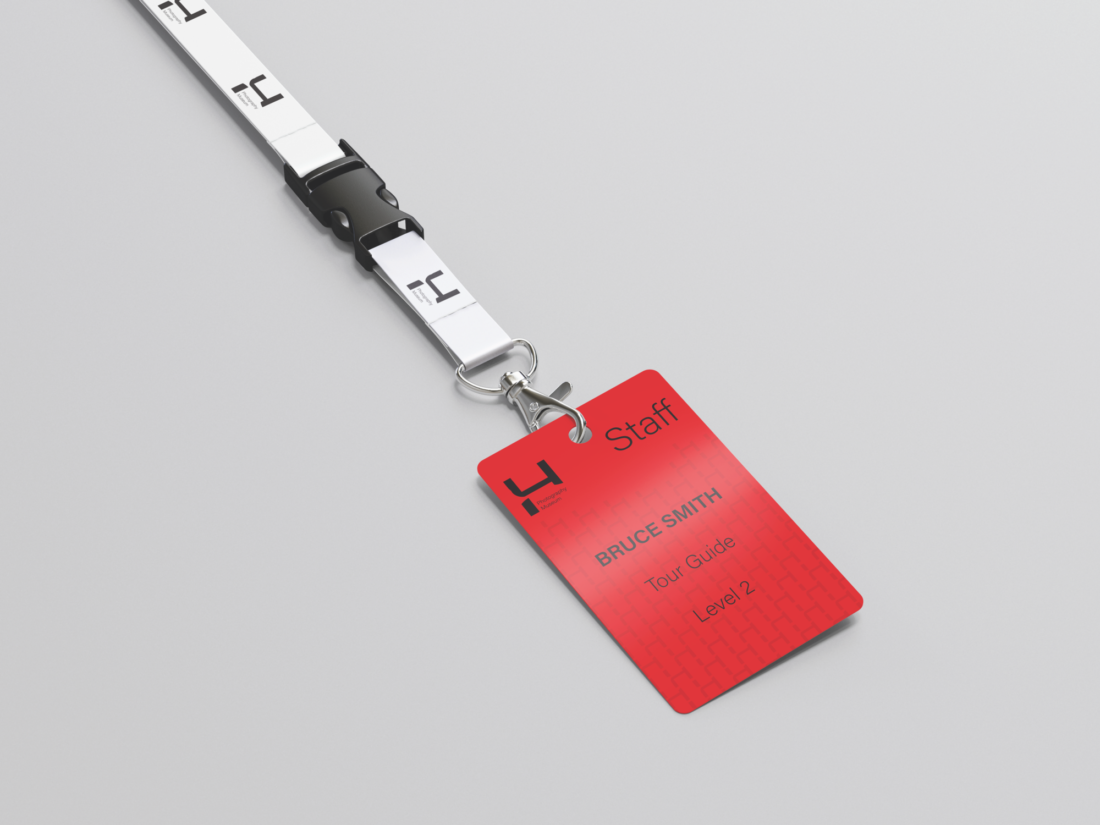 Chosen for compatibility and to further emphasise the letter H as the highlight, the Photography Museum title is displayed in the simple sans serif font, Acumin Variable Concept. Contrasting with the black and white palette, Berry opted for a bold and powerful red monochromatic colour scheme as “it captures the attention of viewers, elicits emotions, and conveys brand confidence. Red also symbolises adventure whereby the Hugo [Photography] Museum would entail an adventure through Australian photographic history."

Upon viewing the brick wall-like pattern, my interpretation was that it represents a way of creating - brick by brick, with symbolism to the accumulation of photographs over time for the museum. Berry revealed that discovering the logo pattern was in fact an accident while she was experimenting with effects in Adobe Illustrator – “I made a permanent effect by creating the shapes myself that were similar to the effect. I liked this effect as it appeared 3D in a way and displayed different shades and aspects which could be like a metaphor for the different features being displayed in the museum.” 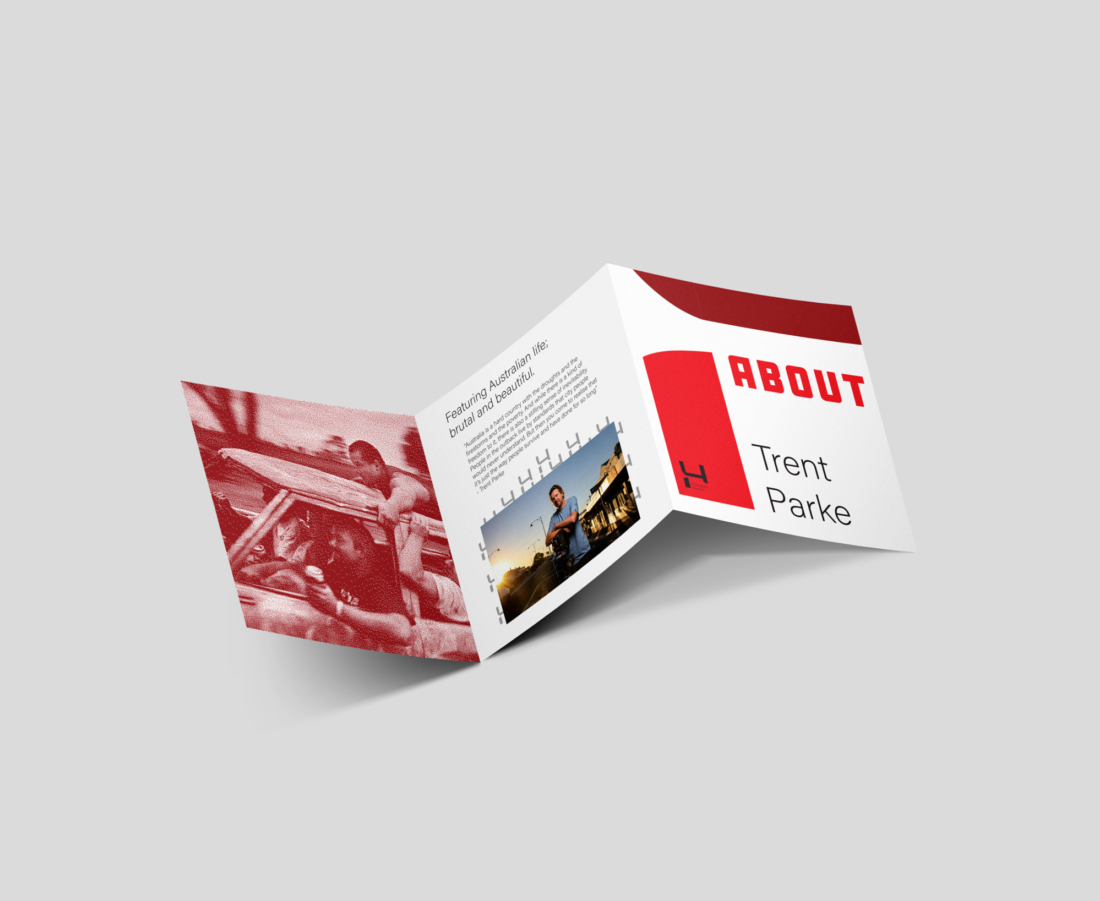 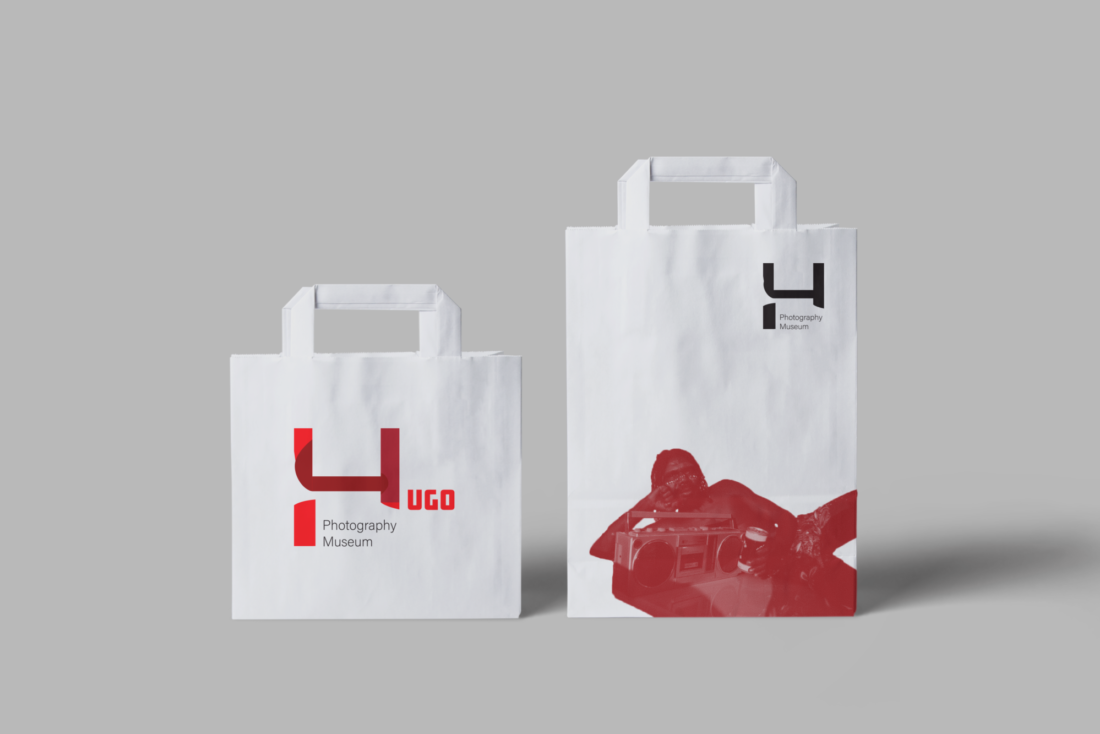 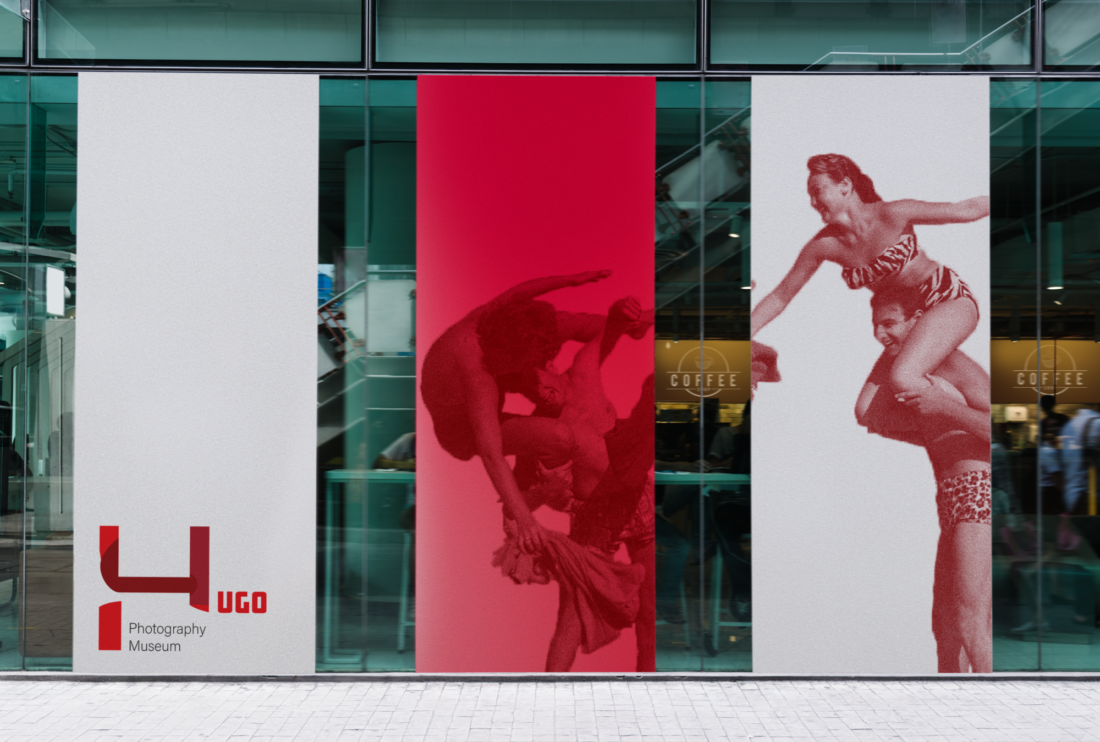 Overall, the contrasting colours, legibility and versatility ensured a well-executed design that creates interest. The minimalistic yet bold brand identity was kept consistent through the application and repetition of the logo, colour, pattern, typography, photography and tone of voice. 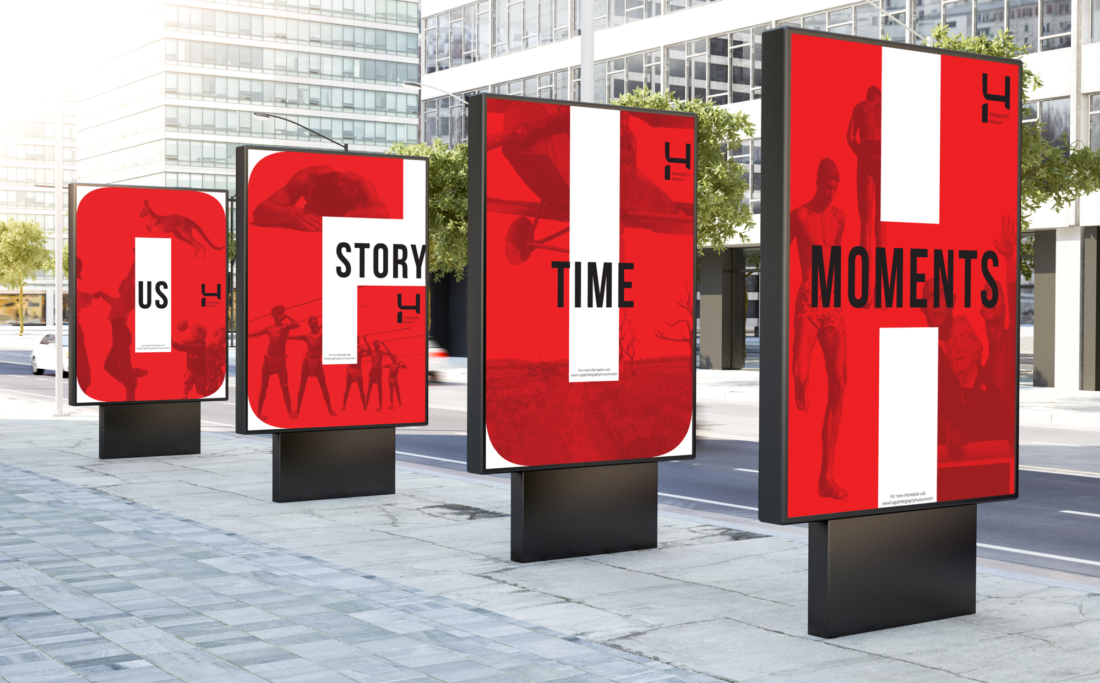