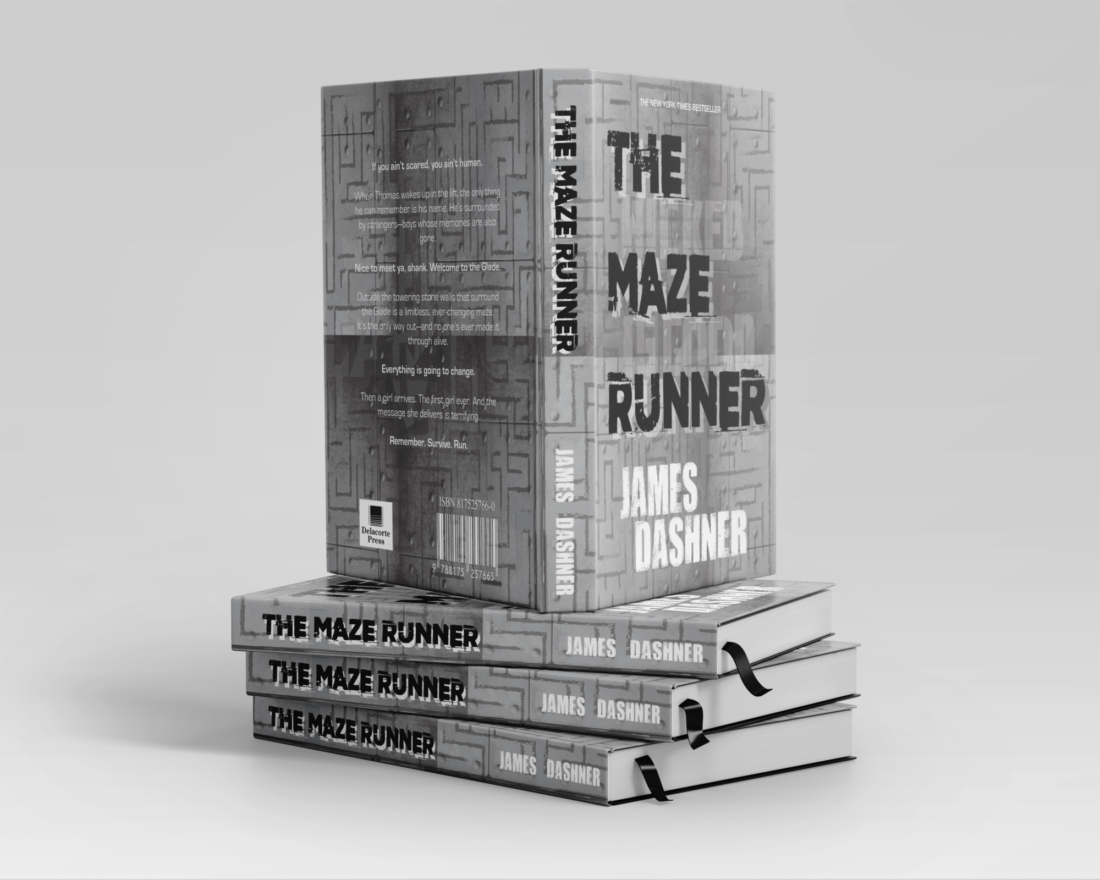 For Sarah Scott’s design project, she redesigned the book cover of The Maze Runner and incorporated Kinetic Type within it. I interviewed her about her work to get an in-depth analysis of her as a designer and the inspiration and processes behind her work.

To understand Sarah as a designer I asked her about what inspires her within her design work, and what inspiration she has when creating this piece. She said she a massive fan of illustration and typography being married together to make a cohesive piece of art, often seen in book covers. “I'd love to be able to be good enough to create beautiful book covers for authors that will make people want to buy them like I do when I see one I like” she said. Her passion for books and graphic design is what lead her to decide to redesign the book cover for The Mase Runner.

Sarah’s main conceptual and driving idea for the book cover design was incorporating a maze as it was an achievable way to create transparency and layers within the cover. She created a maze in Illustrator which overlayed over the metal sheeting to add another level of symbolism from the book. Stock images were used to fill layers of the maze graphic and opacity was played with to make the cover appear tactile and add depth. The textures and materials used in the book cover allude to the grit and tough nature of the story of the maze runner. These elements draw in consumers to notice and explore what the book could possibly be about.

I spoke to her about her use of Kinetic type and the struggles she faced when creating this design project. She said:

“I went with transparency and overlap specifically because a lot of book covers utilise this technique. Some books just use transparency with typography and some use a mix of illustration and typography so I tried to find a middle ground. I would have preferred to actually illustrate something for it but I felt like none of my ideas were good enough or achievable in the time frame.”

She used her strengths and graphic design ability to produce an interesting and professional book cover in a short time frame.

I asked her about the meaning of the title and the other words on the cover. She said:

“The phrase 'Wicked Is Good' is an important part of the books in terms of who or what is in control of the characters and why they are in the maze. On the final cover I made the words WICKED (World In Catastrophe: Killzone Experiment Department) IS GOOD as front and centre as the title but in the background and almost transparent to try and achieve that idea of them always watching but being unreachable. The metal fill image under the maze I made for one of the layers symbolises the walls of the maze as they are metal and concrete. The simple line art maze I created for the first layer behind the title starts in the centre and has no way of getting out just like the maze in the book.”

Highlight the depth and meaning that has gone into creating this book cover. With clever placements and the use of Kinect type Sarah was able to create a cohesive and evocative cover for the book “the Maze runner”. She used her knowledge of the book and graphic design skills to create an eye-catching book cover, ready for the shelves. 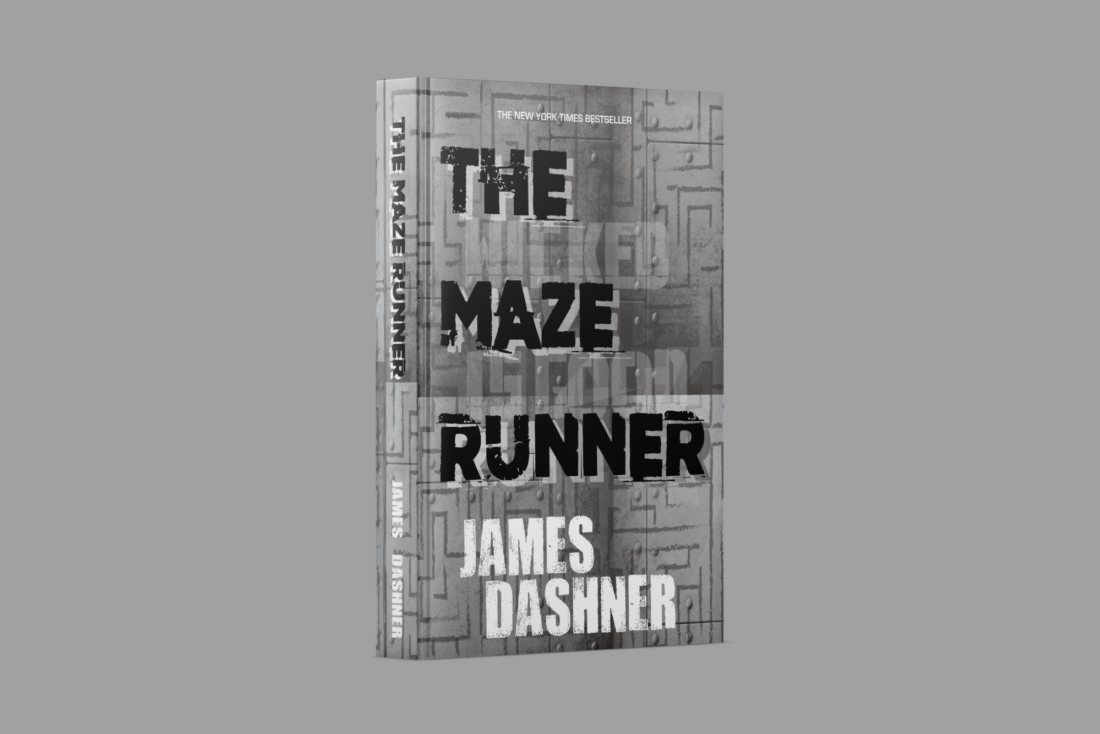 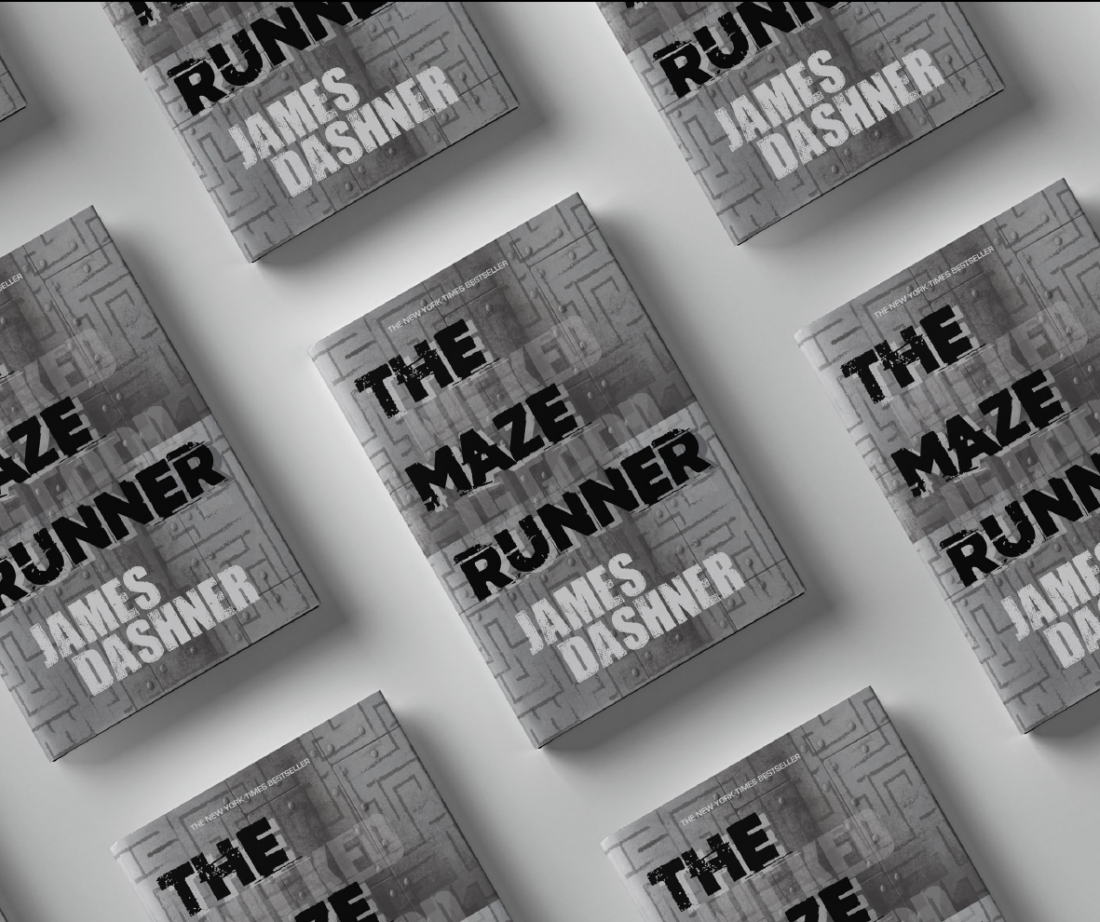 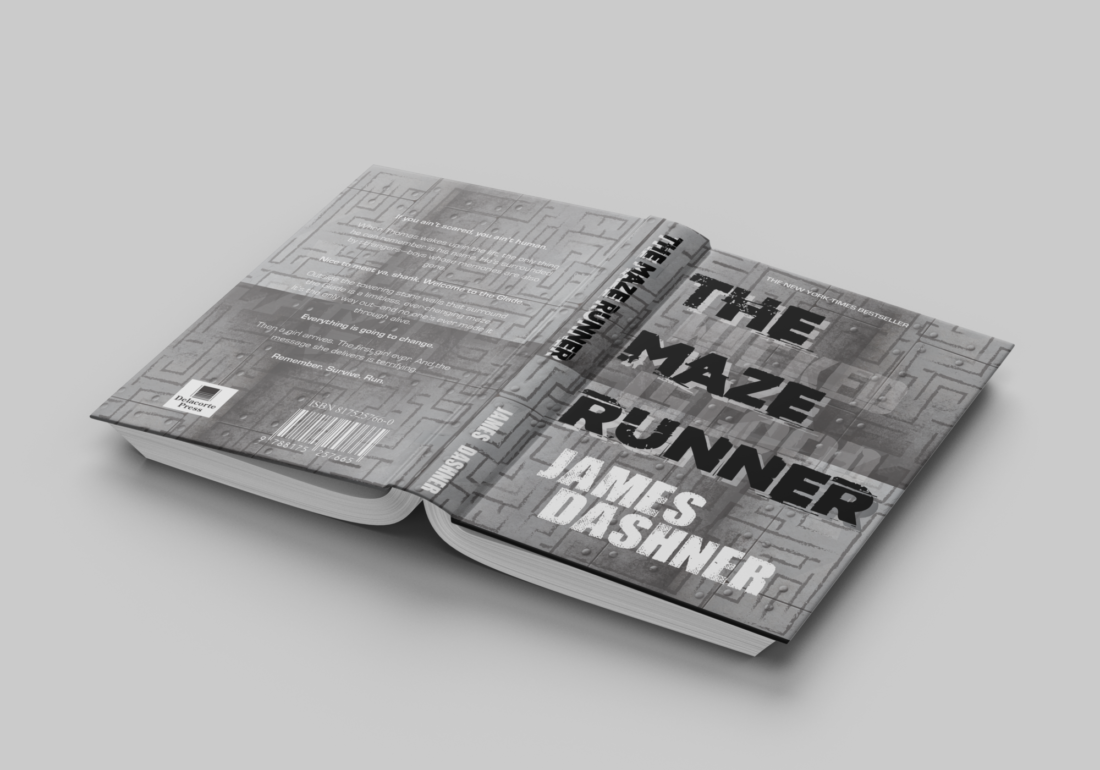