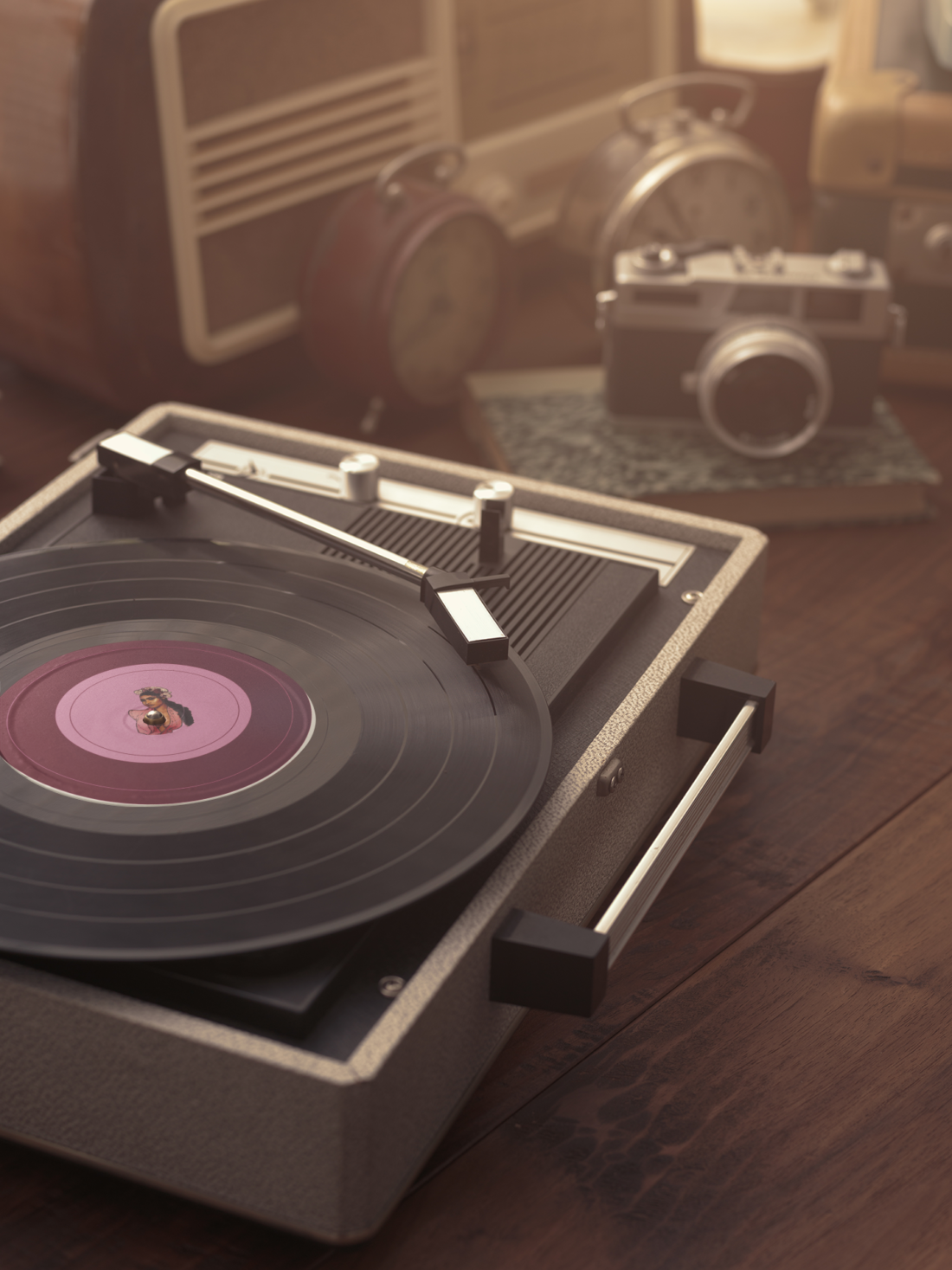 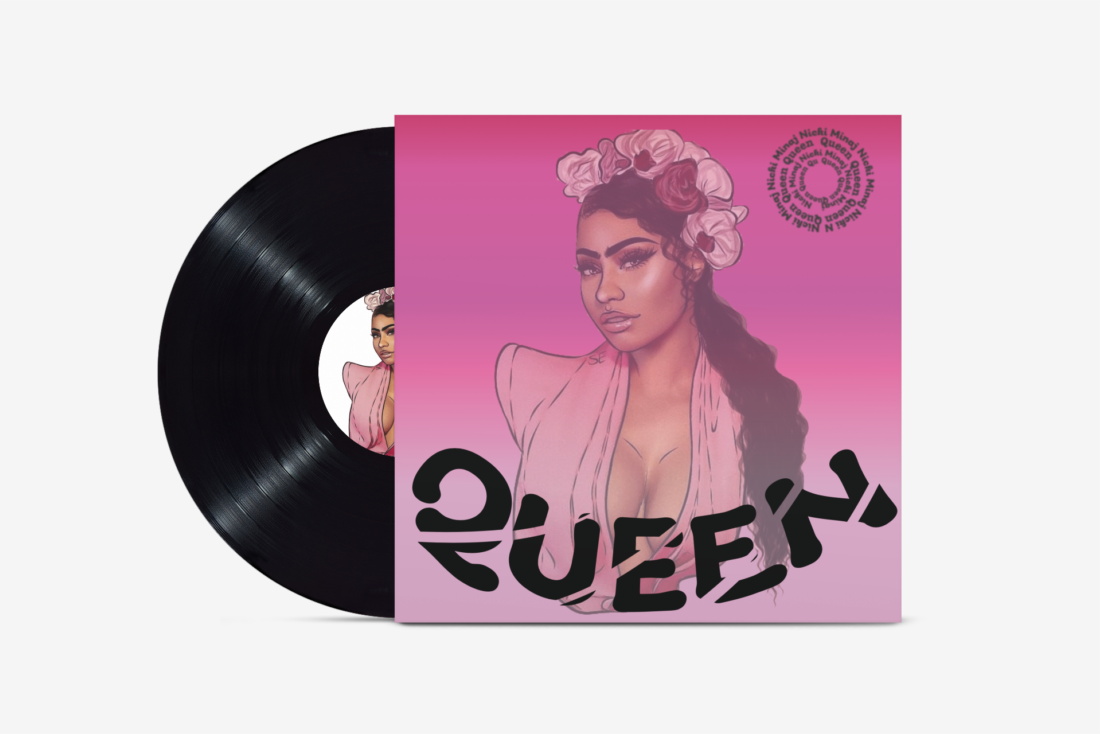 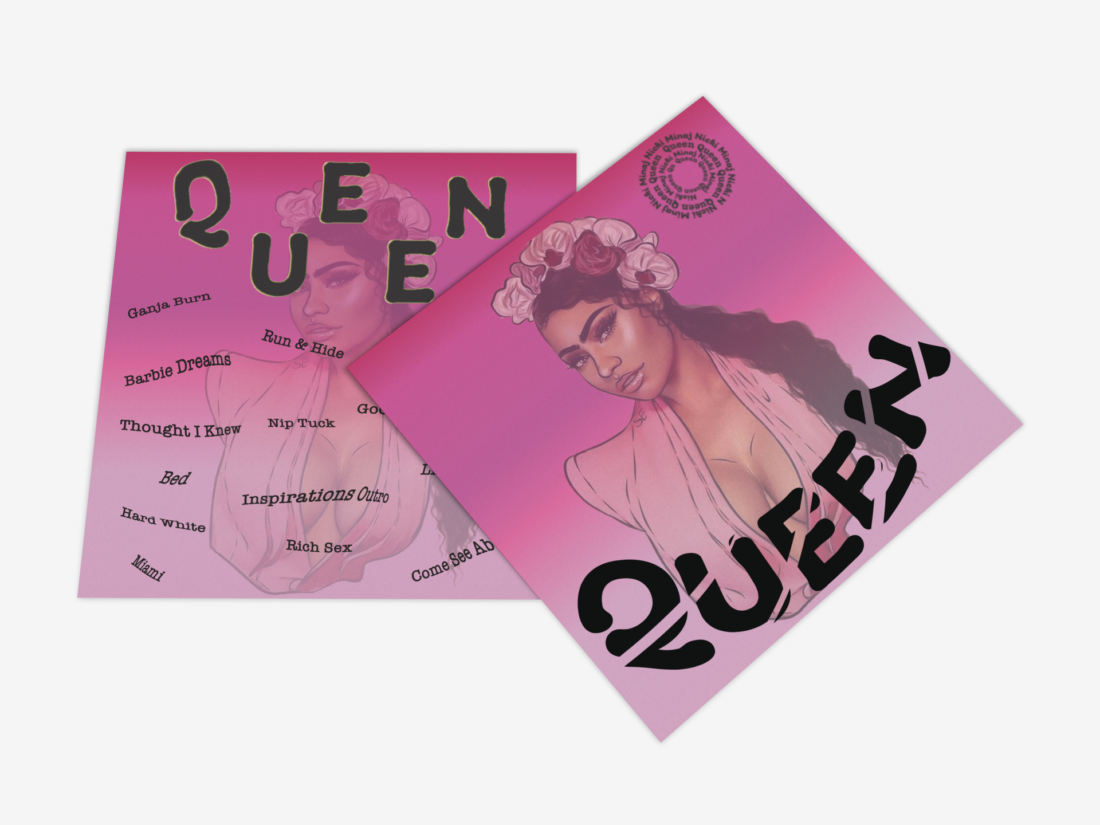 Queen is a pristine designed print based on the work of the musical artist Nicki Minaj by Newcastle University student Sophie Henderson (c3355313). The main feature of this design is a portrait bust of the artist Nicki Minaj with a unique typeface, title design, and aesthetic colour that suits the print and artist well. The main portrait of the design shows a portrait that appears to have been traced over as part of the design, it gives a sense of realism as well as that hand drawn/made that just gives it that sense of authenticity. Alongside this portrait image and the hand-drawn aspects, the use of colour also helps give authenticity to the design, the colours are simple shades of pink and purple. These colours in the form of a gradient and while only being simple prove to be a very effective background. 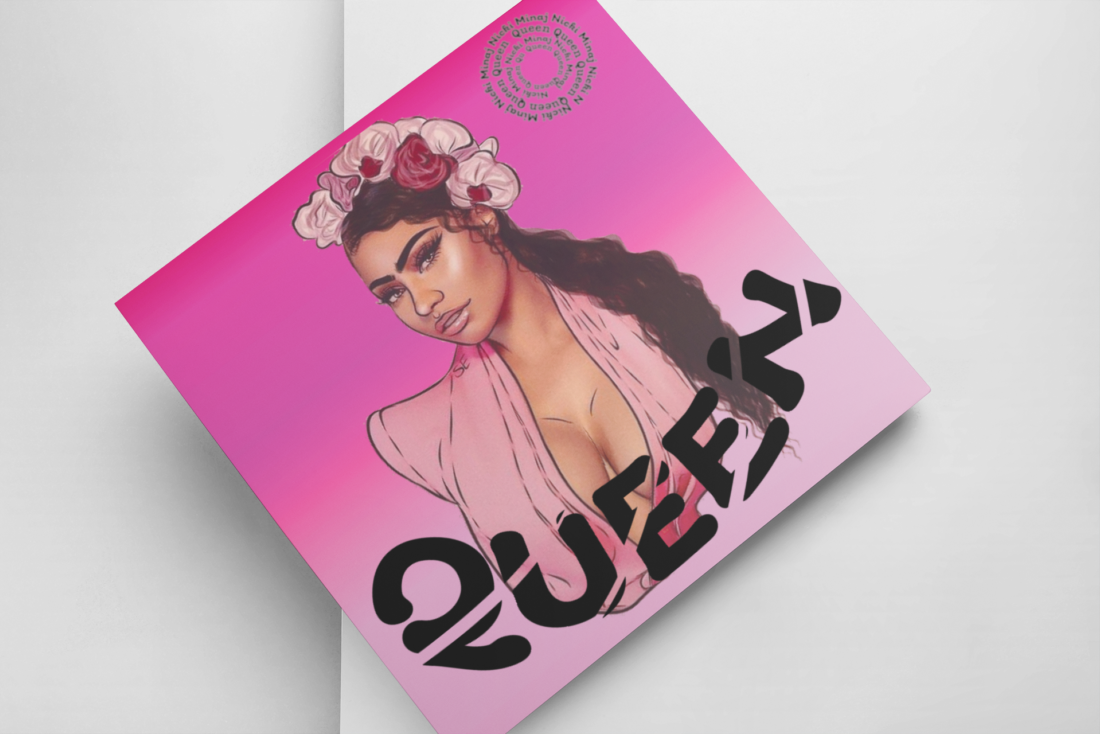 When questioned Sophie stated that the only thing she would change if she had the chance in the design would be the actual sticker on the record, which shows that as a designer she is still critical of her work and shows promise as she can learn from her work and can always see ways to change and improve any design. Inspiration was taken from a love of music and its ability to get you through a tough time, and yet again it helped her with inspiration for this design and idea and yet again helped through an assessment.

This work uses the typefaces Myriad Pro as the main go-to for this design, but it does also feature the typeface American Typewriter for the songs in this design. The Myriad Pro font while being the default font of adobe software is used very effectively in this design due to its simplicity it can be distorted and altered easily to create a unique title for the design. The American Typewriter font was mostly used for the songs in the back of the record and was used because it can be distorted and warped easily and still looks sophisticated and matched the vibe of the design.

This design is intended as a print for the artist Nicki Minaj’s music intended to be put on a record sleeve and into a record. The design has a nice pristine look, and while using only the re-occurring centre piece of the print design it works well. This print can probably be used for multiple products going forward and the designer herself has also stated that if she could in the future, she could see this design being put on a poster or painting. With this being a simple print design and part of the print industry it can easily be replicated and used in different products.

"I find vinyl records fun to design because you can make them as vintage or as modern as you like."