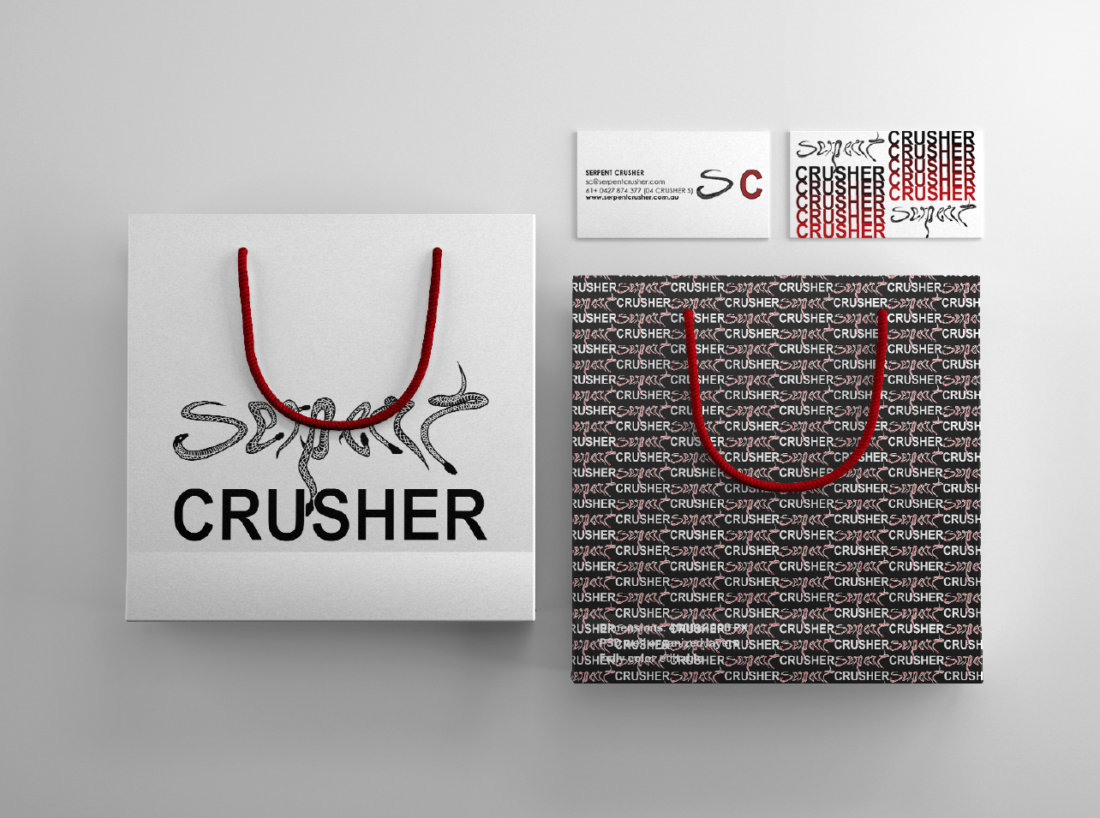 In this case study, the visual identity ‘Serpent Crusher’ by Genevieve Gardner will be reviewed and analysed. ‘Serpent Crusher’ is a Christian apparel brand based on scripture from the book of Genesis chapter 3 which describes how Jesus will come and destroy Satan. Genevieve said that she created this brand as a way of putting out a positive message about Christianity and to drown out the hyper degeneracy of modern media and social platforms of today.

Additionally, Genevieve wanted people to see and be intrigued enough to learn more.

The design of this branding is quite intricate and detailed. The word ‘Serpent’ showcases a distorted kinetic typography aimed at assisting in the delivery of her intended message. The custom typeface created by Genevieve through Procreate and Adobe Illustrator using the liquify tool demonstrates her dedication to the project as well as her concerted effort, evident in how each letter of the word has been beautifully constructed with elaborate detail. 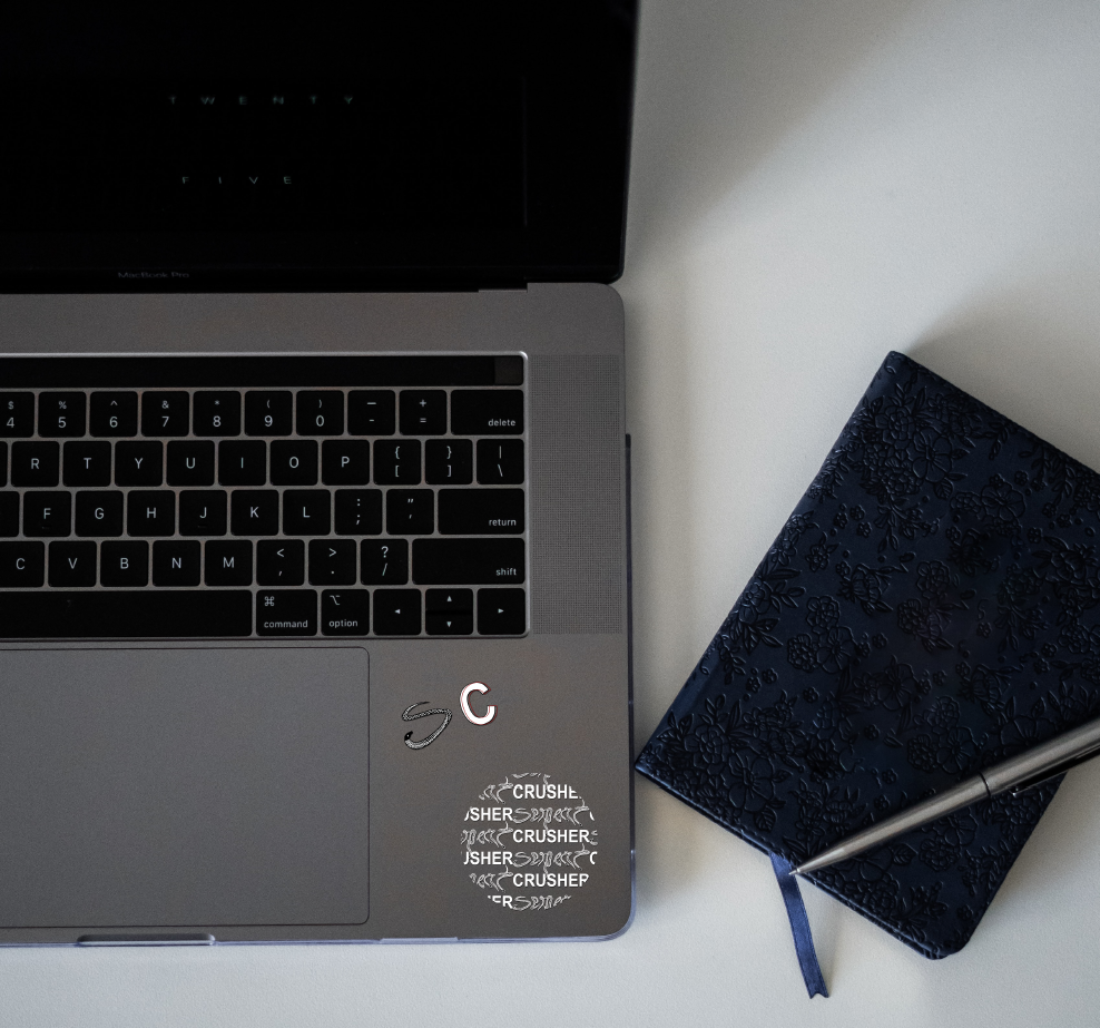 The idea behind the two type faces displayed was always for the ‘Serpent’ to be perceived as less stable while the ‘Crusher’ is depicted as being solid and reassuring, tied in with the overarching idea of Christian positivity versus modern secular degeneracy.

The Bold Century Gothic font used for ‘Crusher’ assists in placing a greater focus on ‘Serpent’ which is the most eye-catching part of the design. Having a basic standard font paired with such a chaotic and distorted looking typeface works well by highlighting the difference between the two words, as well as working in the deeper meaning of having the word ‘Serpent’ represent the concept of Satan and Jesus being the ‘Crusher’.

According to Genevieve, the phrase ‘Soli Deo Gloria’ best describes her intentions.

It means ‘Glory to God alone’ which encapsulates the deeper meaning of her design of Jesus being the “freedom giver” and “the one who gives us a new life”. The concept behind this branding came naturally to Genevieve as she is very passionate about her faith and wanted to work on something that targeted an audience equally as interested or passionate in their own faith. Her primary inspiration was Jesus - who she sees as her partner - as well as creators on Instagram that share her ideas and concepts. 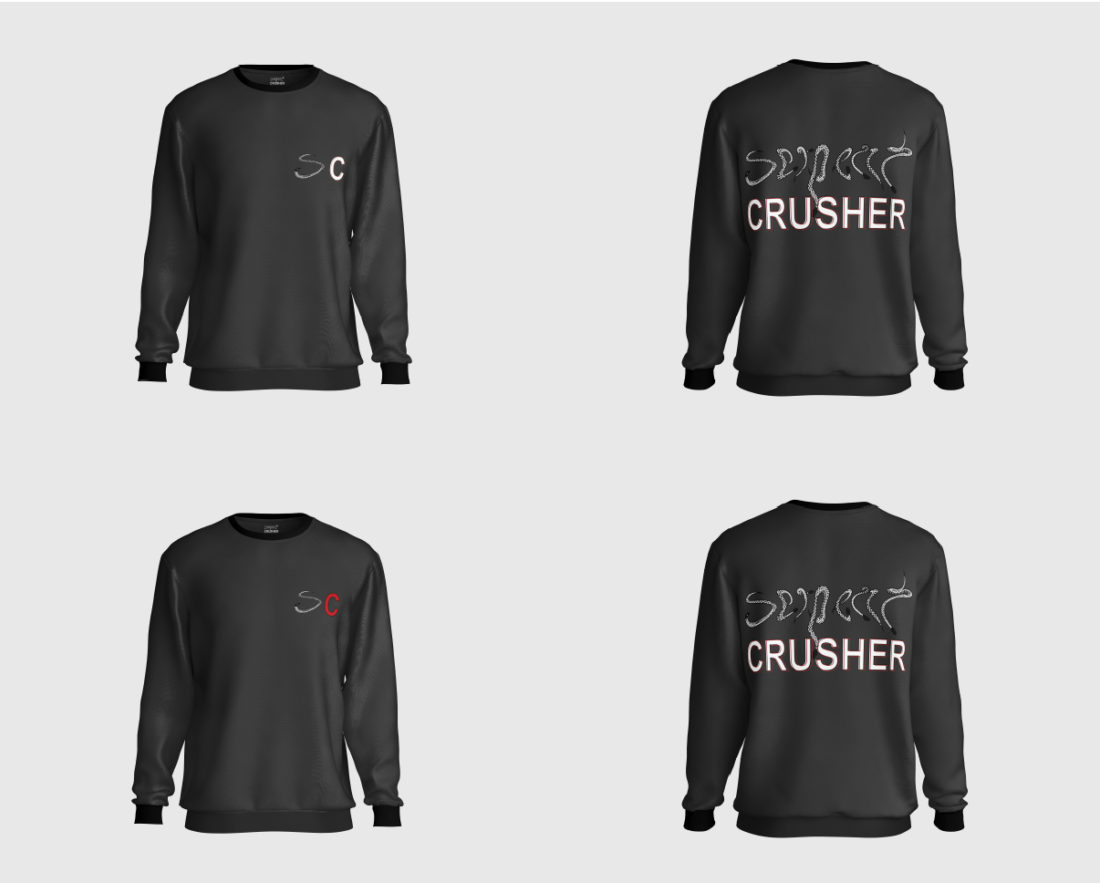 This design that Genevieve has created is quite different from others and therefore will stand out in the market. Her different approach could be considered more confronting and possibly even jarring compared to other Christian apparel brands in the market which are generally presented in a softer and gentler way. Genevieve also believes that whilst her design may share similarities and values with other Christian brands, she also wants to go beyond that and set herself apart from the others.

Genevieve also believes that whilst her design may share similarities and values with other Christian brands, she also wants to go beyond that and set herself apart from the others.

Despite the fact that Genevieve’s branding design was something that she initially started as an assignment, it is has now developed into something more - a passion - that she would like to continue working on and develop further into the future. The work Genevieve has created to date is already such a well thought out, sharp and successful design, it is clear that she is already heading in the right direction. In the interim, Genevieve said that she is taking the expansion of this project each day as it comes.