A prototype for a multiplayer mobile game that focuses on witty comebacks and lightning-fast rounds, while still incorporating an interesting backstory.

What is the Culture Planet Project

The Culture Planet Project is a prototype for a word-based, multiplayer, mobile game that focuses on answering entertaining questions with answers being voted on by other players. There are three different types to select from:

Outside of the main game, the player is allowed to freely walk around the spaceship as their 3D avatar. This avatar can be customised to their liking with the ability to change colour, eyes, mouth and accessories. The avatar's face will also act as a profile picture both in-game and on the leaderboards. 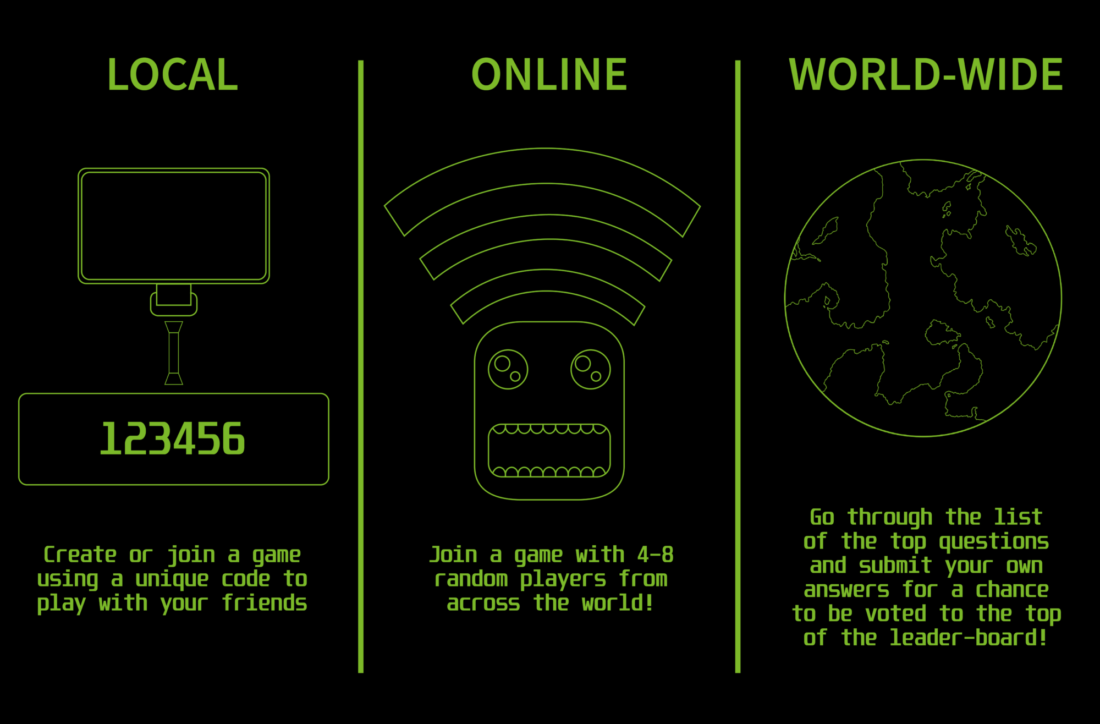 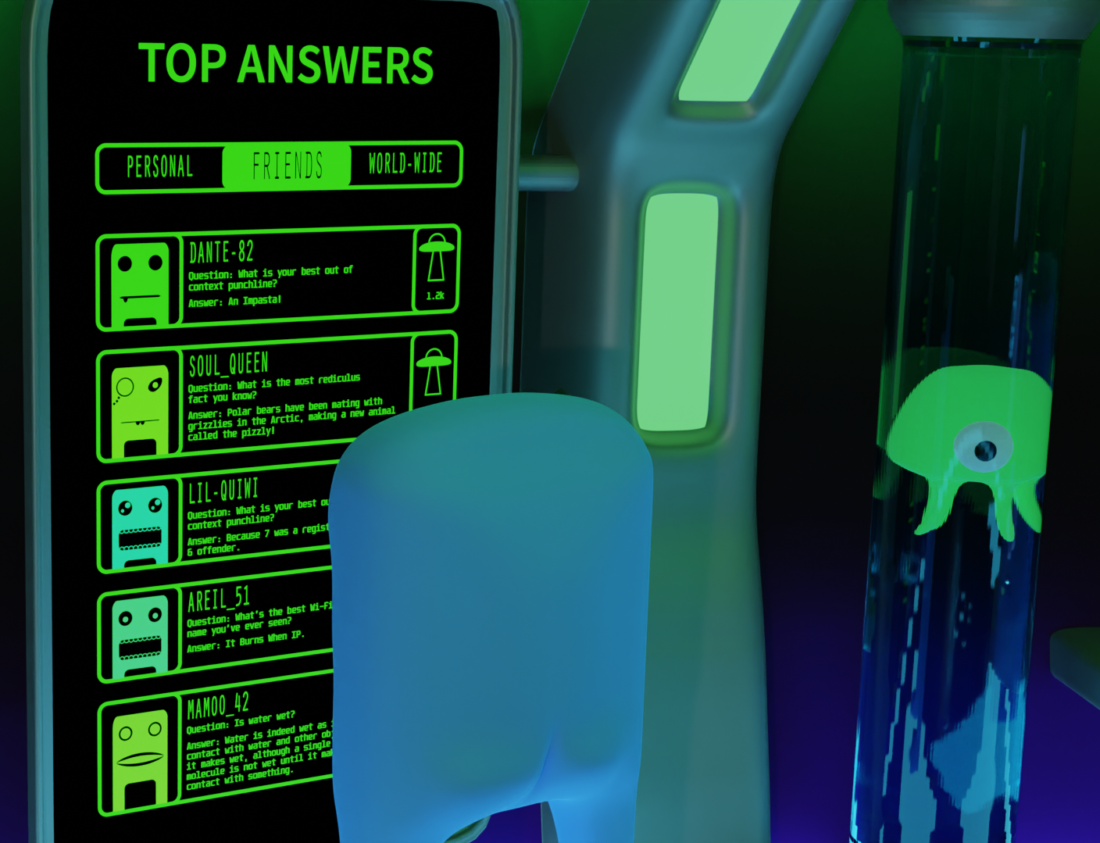 The storyline of the game is that a species of aliens (Mooms) have been spotted around a planet known as Urf abducting the local inhabitants (Hoomans) and forcing them to answer questions to find out more about the Hooman culture.

The original concept behind The Culture Planet Project was to have a simple online game that could be fun to play with friends, interesting to watch, and most importantly, could be put down at any time. One set back I have found during studying at university is that some of my favourite games became less enjoyable and more stressful with online matches that can last up to an hour and some games penalising you for leaving early.

The end result is a video prototype of the app, which shows off a fully animated intro as well as the in-game options and gameplay. I also included the potential for merchandising by displaying the figurines and models on a shelf. I discovered this after messing around with display ideas for Festival X when I realised how cool the little guys looked chilling on the shelf.

How it was Made

I used Blender for all of the models and animation, the sound was a mix of samples from Blendwave.net and my own recordings, which were modified in Audacity and then it was all compiled in Adobe Premiere Pro. 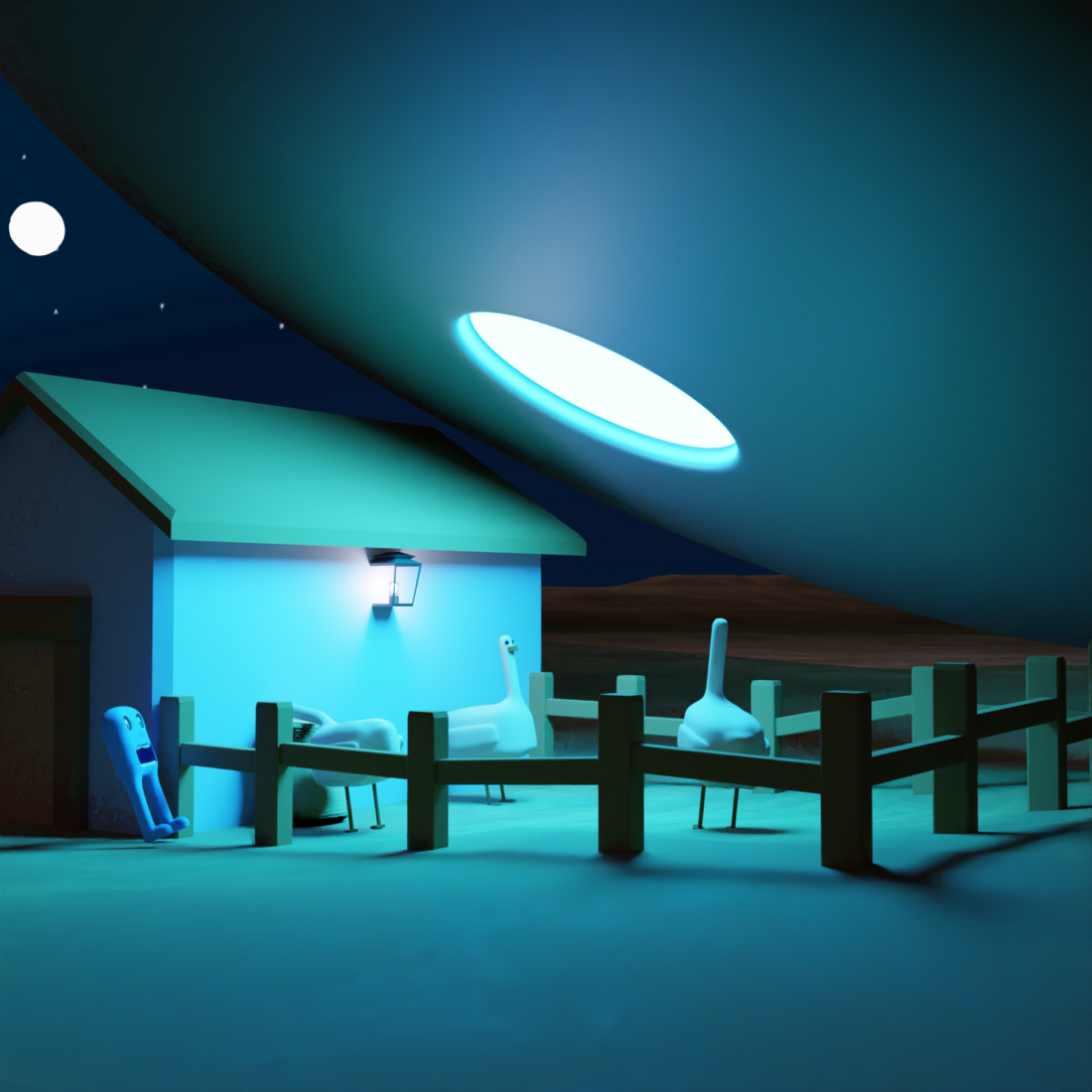 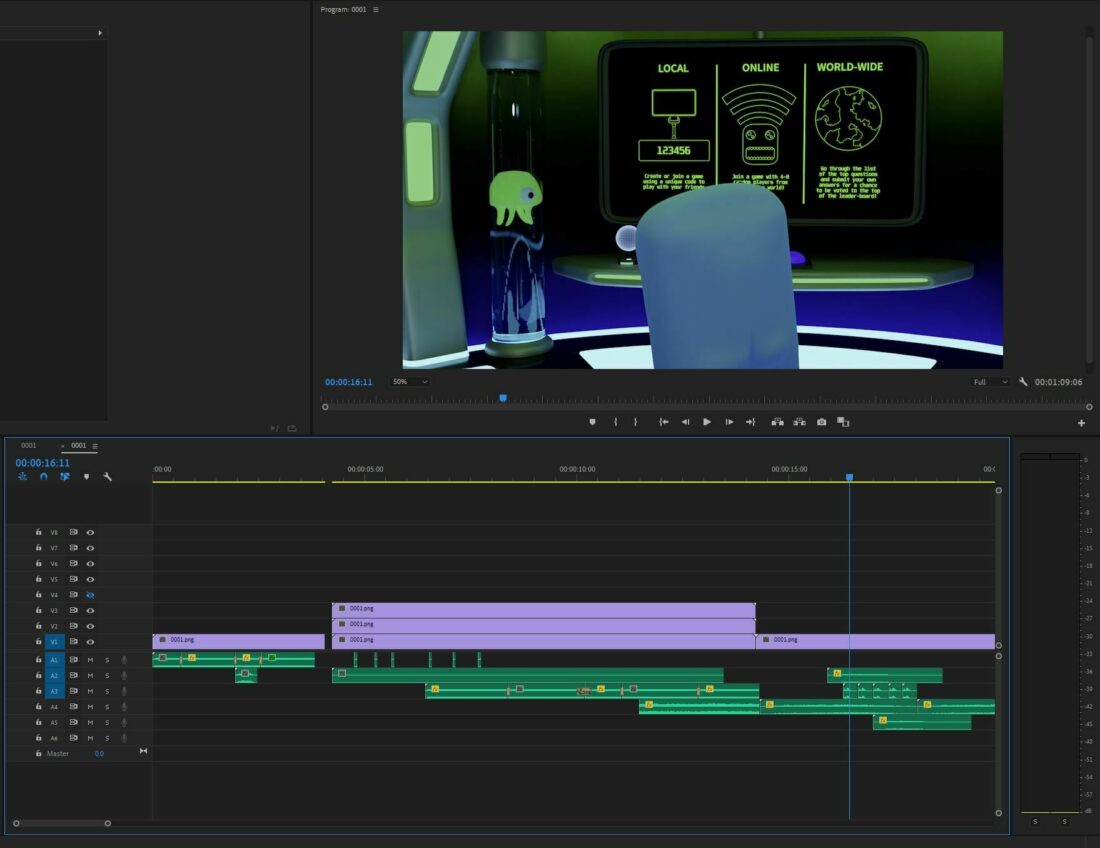 To see more on this project or check out my other design works, feel free to visit my website at Davys.Design, there you will find my portfolio as well as links to my social media.