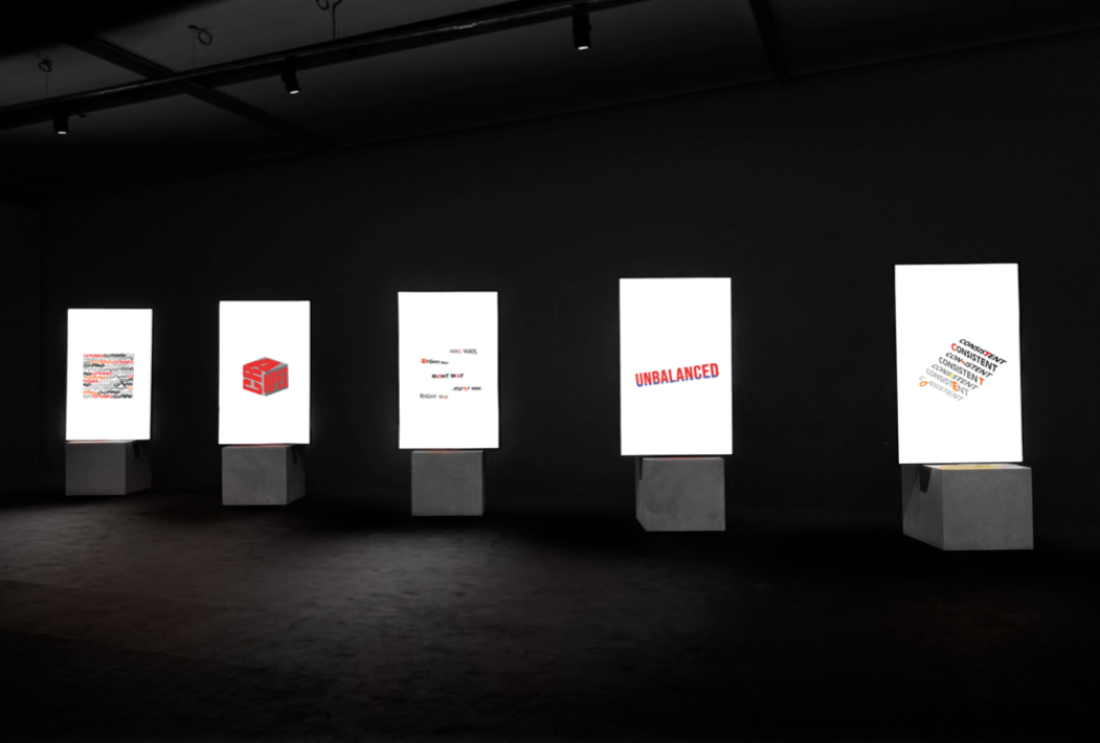 The world of design is a weird and wonderful place. Without paying much attention to it, the impact of design goes unnoticed to most. Designer Avali Henderson aims to draw attention to the impact that design has on our lives, and importantly those living with OCD, through her latest five-part animated series titled “UNPLEASANT SPACE”. This case study will share Henderson’s thoughts about the concept, inspirations and processes taken to highlight the uncomfortable experiences that people living with OCD may deal with in a designed space.

“UNPLEASANT SPACE” aims to “educate the audience about creating harmonious design for people with OCD by creating a frustrating multi-sensory environment. The visuals used utilise text to describe potentially upsetting designed elements of a built space.” 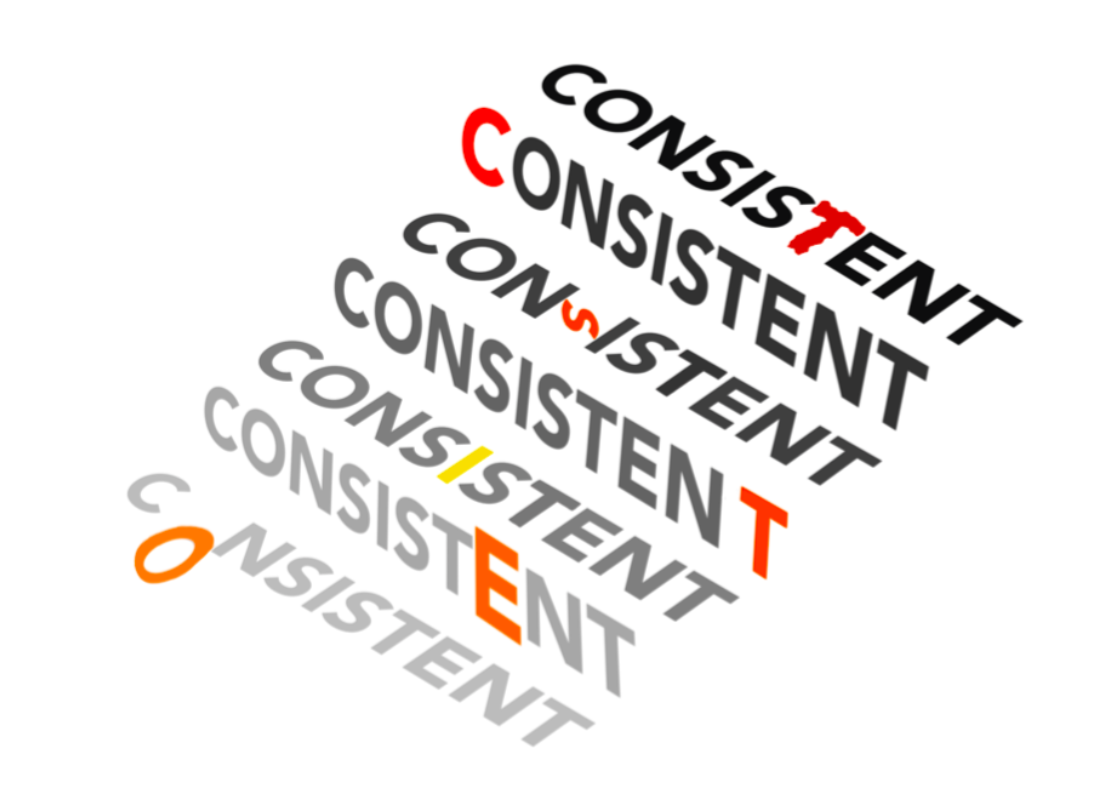 The specific design industry that the designs allude to is architectural design/designs of living environments and its effects on those living with this condition. To best convey this sense of space, Henderson’s designs are intended for viewing on screens in a gallery setting, the visuals accompanied by overlapping sounds from individual speakers, creating a chaotic atmosphere. Henderson “hope[s] that people consider the magnitude that design can have on people’s lives (positive and negative)”, as the intended takeaway for viewers of this exhibition piece. 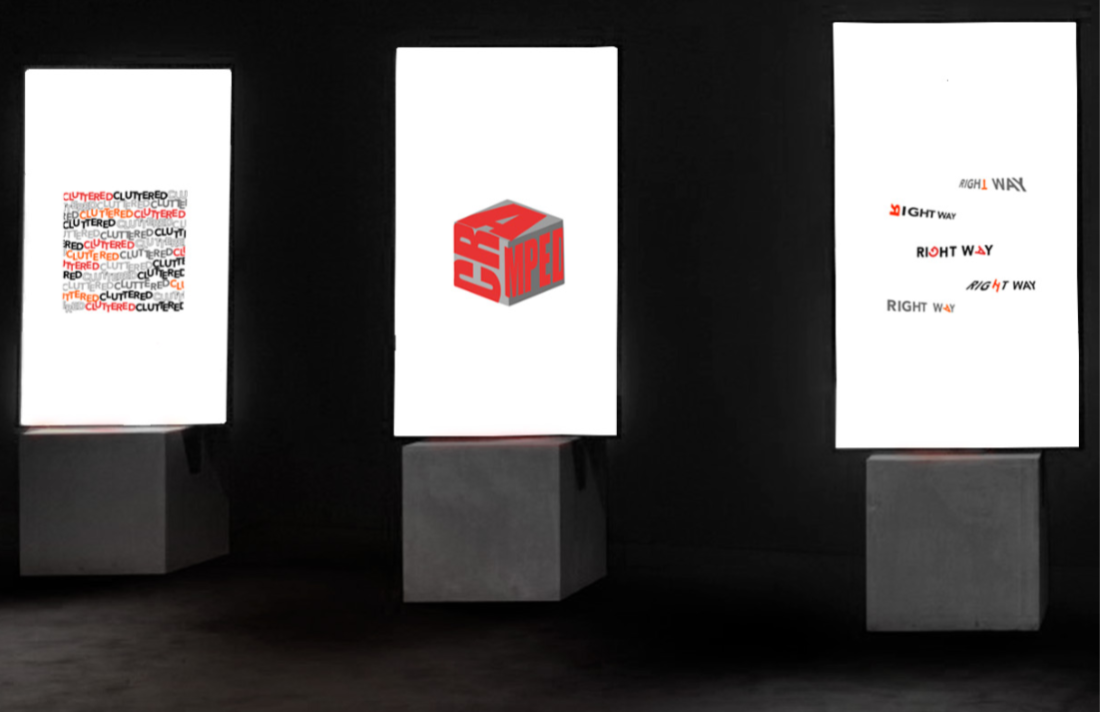 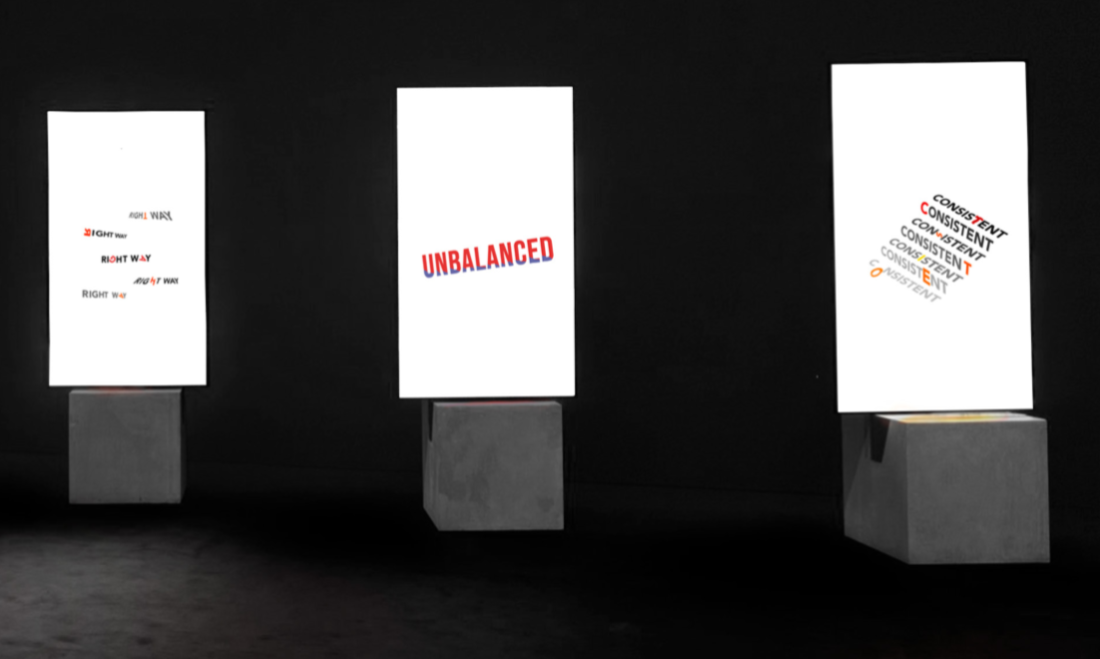 The distinctive feature of the design project is the kinetic typography treatment used. The way the message was conveyed through type was a deliberate choice made by Henderson. “At first, I wanted to design still images, but I found that didn't create as much of an emotive response. I found that the pieces needed to include more senses to create that feeling of sensory overload and discomfort.” By converting the stationary typography into more of a motion-based sensory experience, the concept of creating an ‘unpleasant space’ is further elevated to a whole new level. The designer’s choice to do so creates a much more dynamic and sensory experience for viewers to begin to understand the discomfort that those with OCD deal with living in a designed space.

“I am really interested in architecture/ interior design and thought about how good design should factor who we are designing for and what the challenges of that may be. I often hear people who like to live in a clean and orderly space jokingly describing this habit as their form of 'OCD' so got to thinking about what the design challenges and outcomes are for someone who actually has OCD, and the effects design has on their life.”

In the developing stages of this design project, the importance of gathering information and planning seemed significant for Henderson’s work. After reading stories from family members of people with OCD, she collated several design attributes that “tend to trigger discomfort”. The process then turned translating this discomfort into a visual form, scribbling on paper, and allowing ideas to form from here. The designer also adds; “I scrapped and revisited a few ideas but for the most part after determining the visual communication aspect of my ideas, I just had to work out how to create them.” 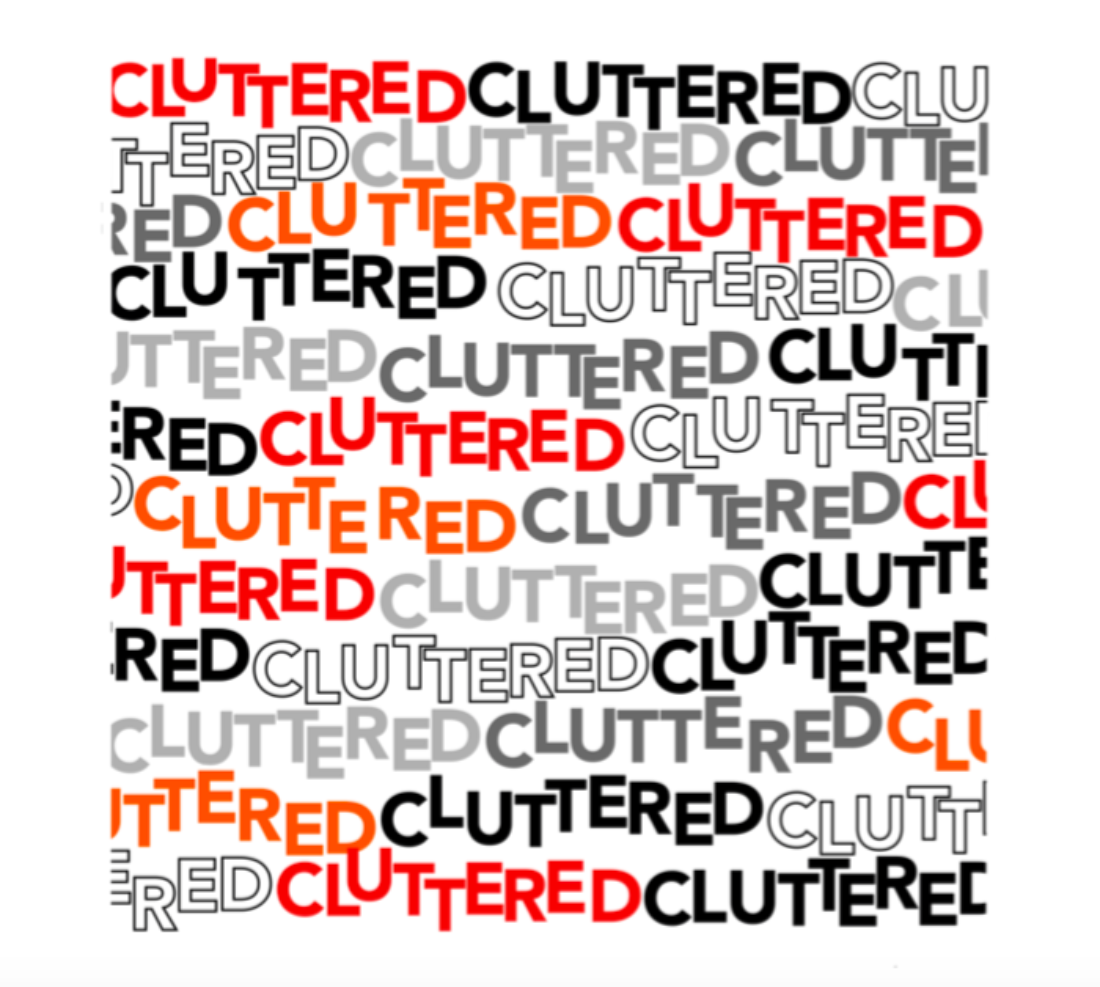 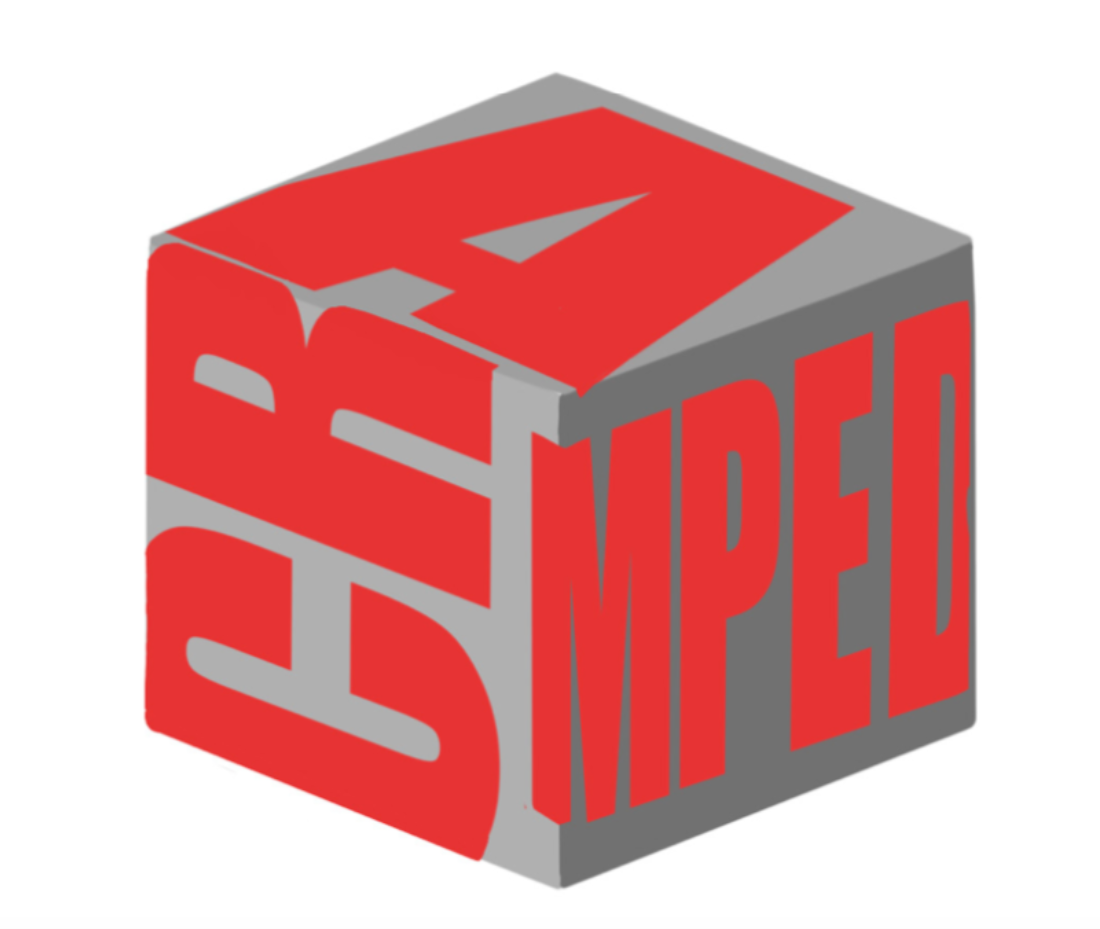 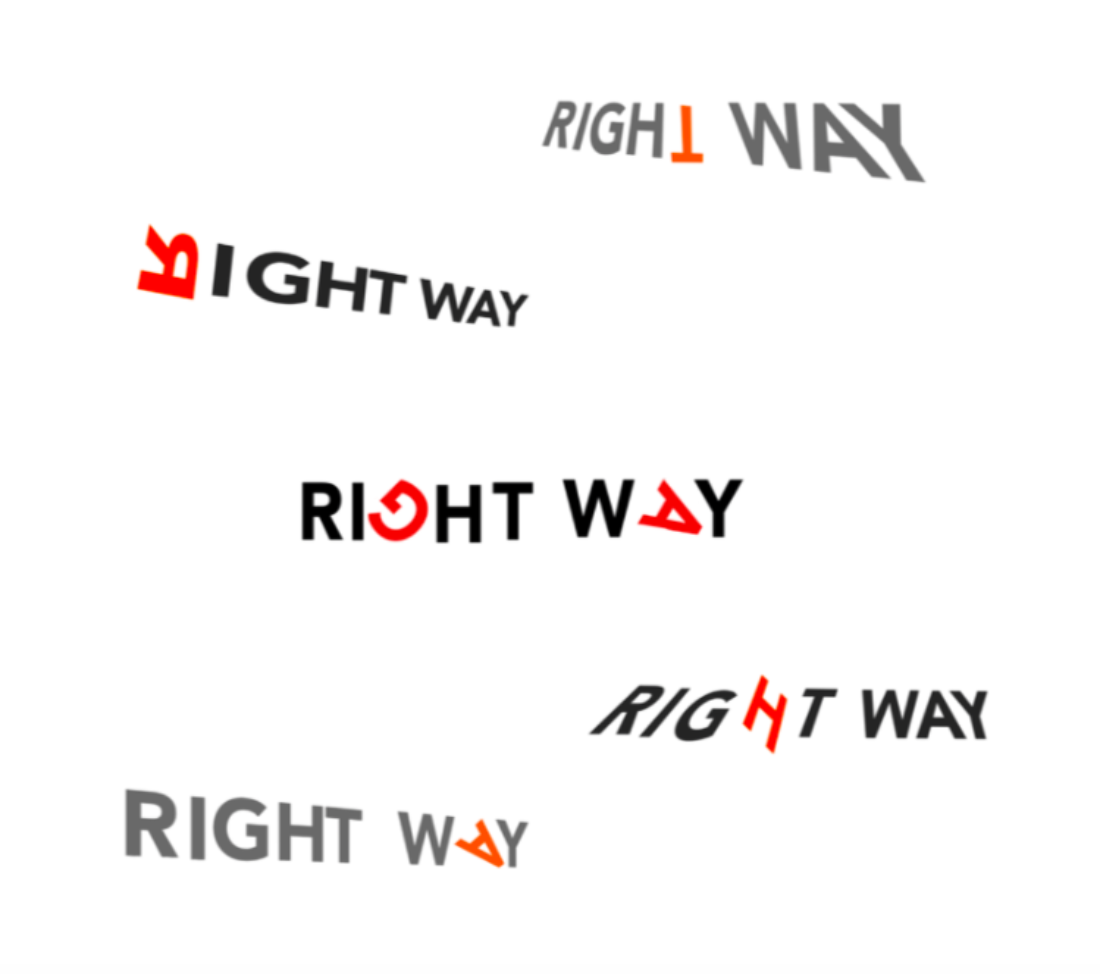 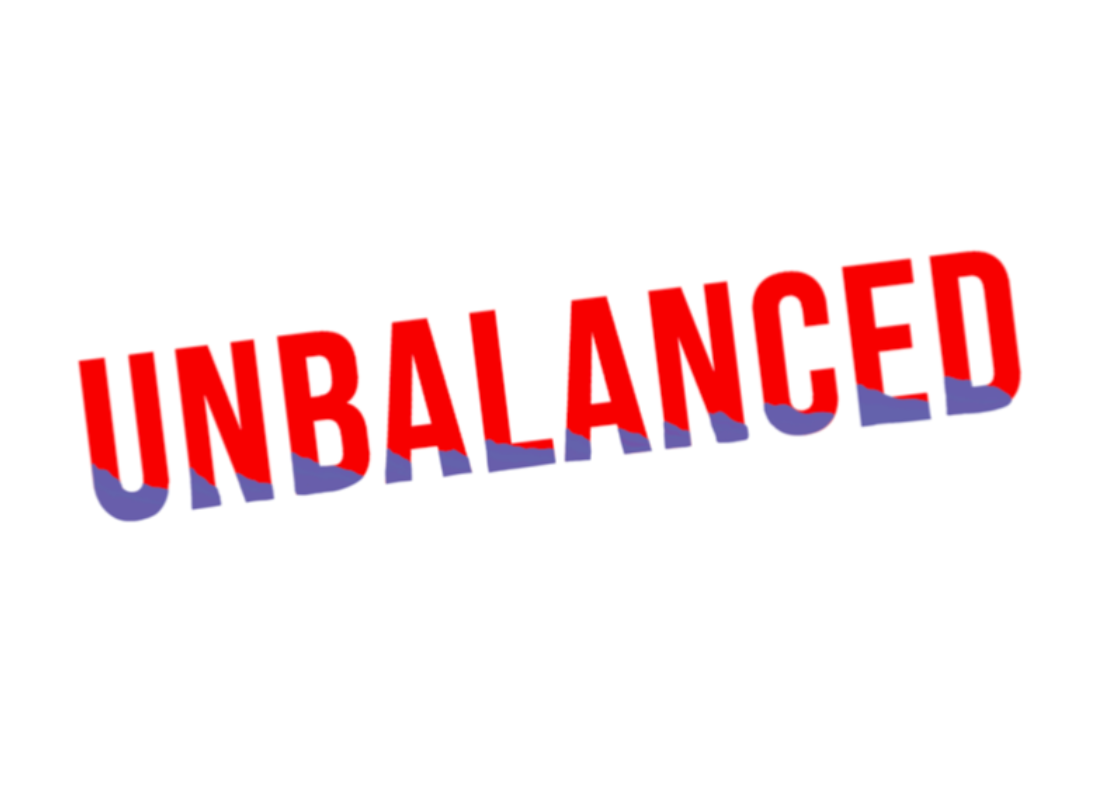 A little look into the designer’s process revealed that the final outcome turned out to be quite different from the initial ideas. Taking inspiration from others’ design projects, Henderson was inspired by the wrapping of text around a built space, and “got to thinking about how spaces affect us.” She also drew inspiration from a number of artists who utilise the senses to produce effective exhibitory experiences.

“I am a huge fan of work by artist Céleste Boursier-Mougenot who creates multi-sensory exhibitions. He has one piece called Harmonichaos where vacuums are taped to harmonicas creating a very chaotic and loud experience. I suppose I took inspiration from his idea where overlapping annoying noises can quickly create a sense of discomfort. I also reflected on previously enjoying and sticking around to watch short video exhibitions at galleries. I think we like to see movement, but we don't always want to observe a long video in a gallery setting.” 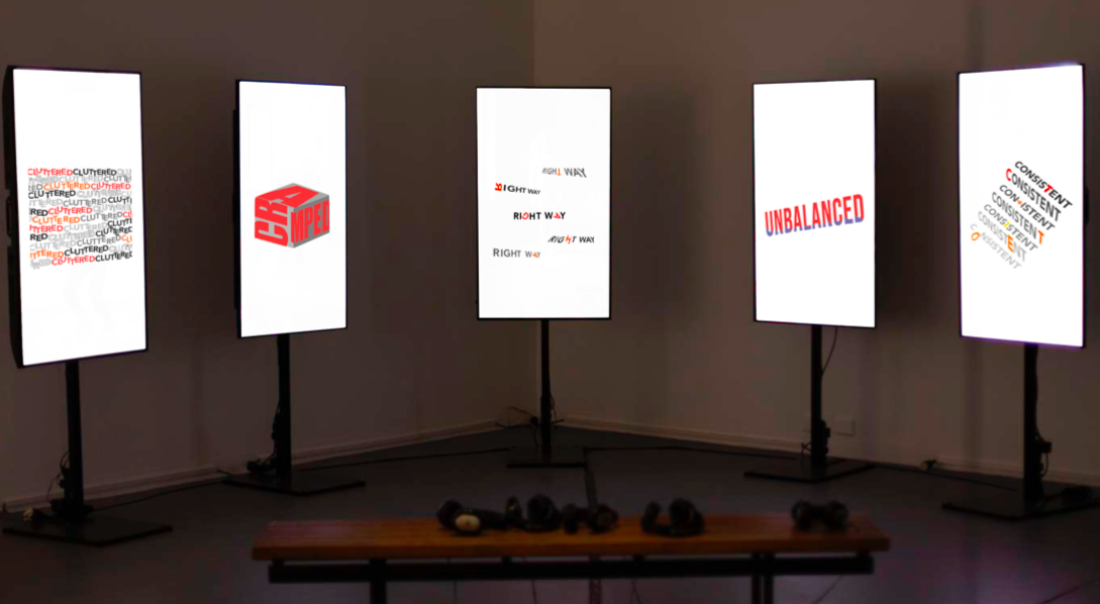 Avali Henderson has captured the struggles of day to day living for those with OCD through “UNPLEASANT SPACE”. This animated sensory exhibition, through clever application of kinetic typography and motion, allows viewers to immerse themselves in a designed space and appreciate the true significance that design has on us as individuals.