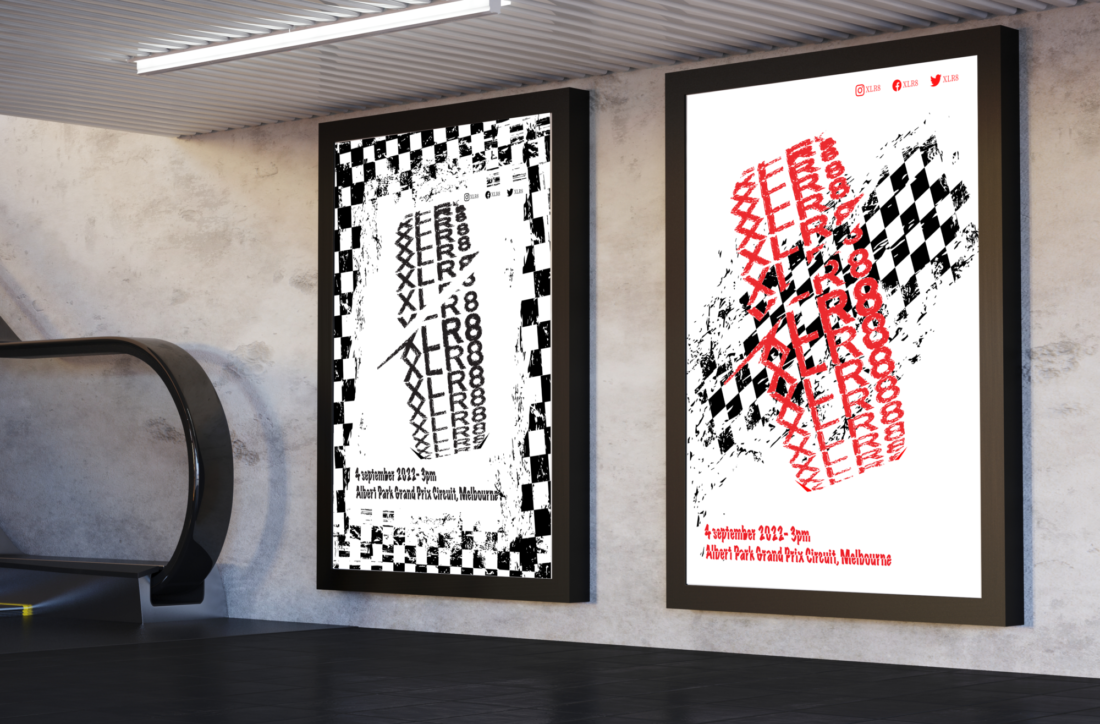 XLR8 is a typographic design created for the AGDA category “Brand and Identity”, in particular the “Range / Series” subcategory. The focus was a series of branding designs that encompassed billboards, screens, and posters centred around a Formula 1 racing event titled “XLR8”. The event was intended to have widespread reach by producing an eye-catching visual and is especially relevant at this current moment, as the yearly F1 championship rages on.

The designer’s passion for the sport is apparent in both the execution and his intention during the creation of the concept, as careful consideration was given during this process to the various spaces this design might be seen. As mentioned before, it could appear on everything from a mobile phone to a billboard, and an emphasis on visual clarity was of utmost importance during conceptualization. 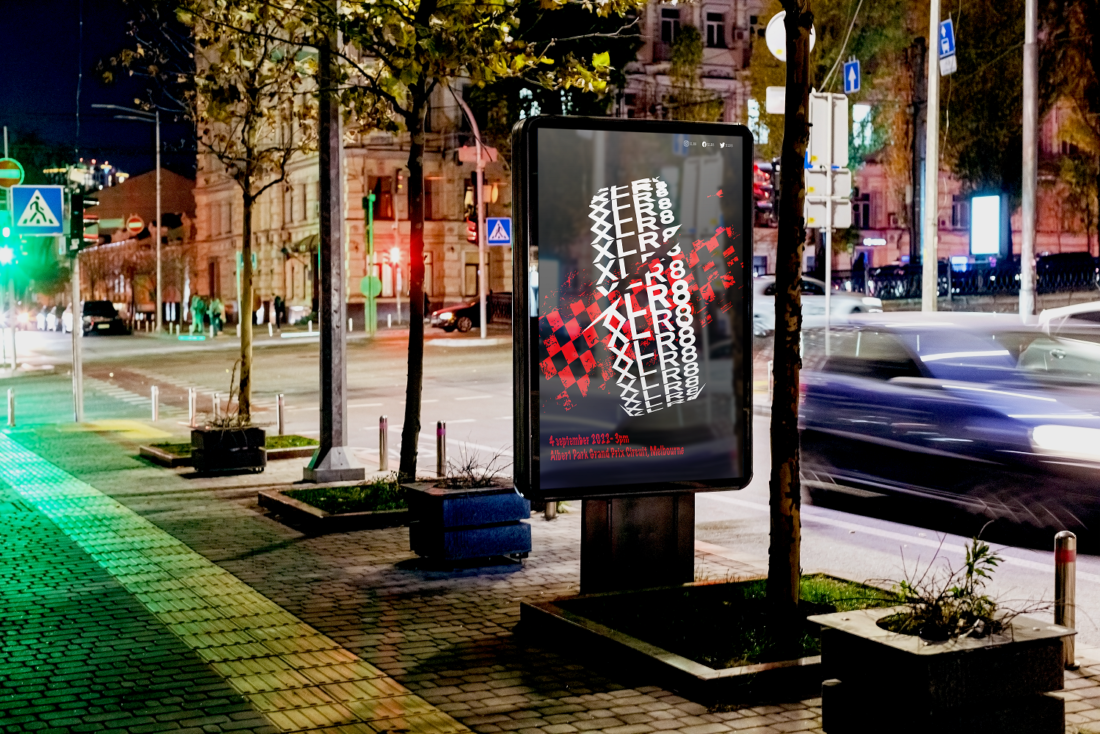 “I wanted [people] to feel the speed that they could enjoy in the races, that’s why I [made a] design that could represent it.”

The design makes heavy use of fragmentation, a typographic style that is often used to convey a sense of motion without distorting the type. When asked why he chose fragmentation, the designer cited a student design he came across called “Alter Vodka”, a project from a few years ago that relied heavily on vibration techniques. 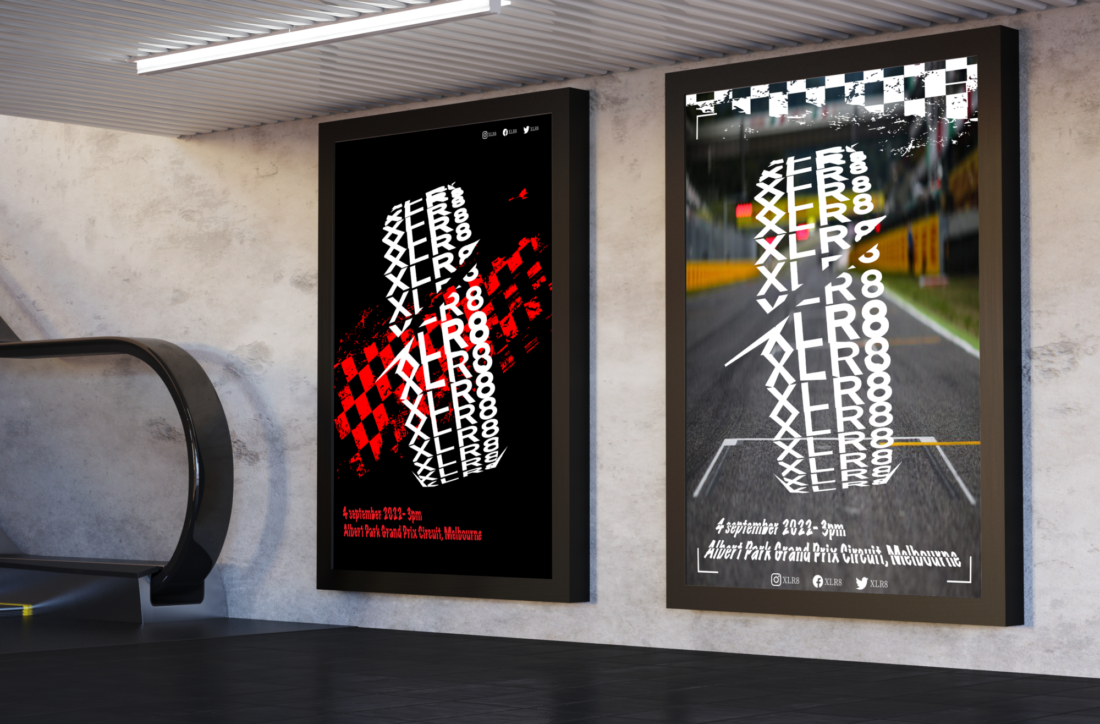 “The [design of] Alter Vodka inspired me; as I worked on the project [though], it turned out totally different [from what] I had initially thought.”

This fragmentation in tandem with the repetition of the type mimics the tread on a tire, no doubt an intentional effect. Needless to say, the design is highly effective at conveying this intention and has been designed with scale in mind; the billboard treatment makes this very clear as its restraint and minimalism produces an eye-catching and quickly legible visual.

The designer seemed proud of their work, as they should be, but nevertheless was able to suggest some changes they would make if given the opportunity; changes that seemed to create a clear throughline back to the initial
inspiration and its heavy utilization of vibration, though the design
remains effective without it. 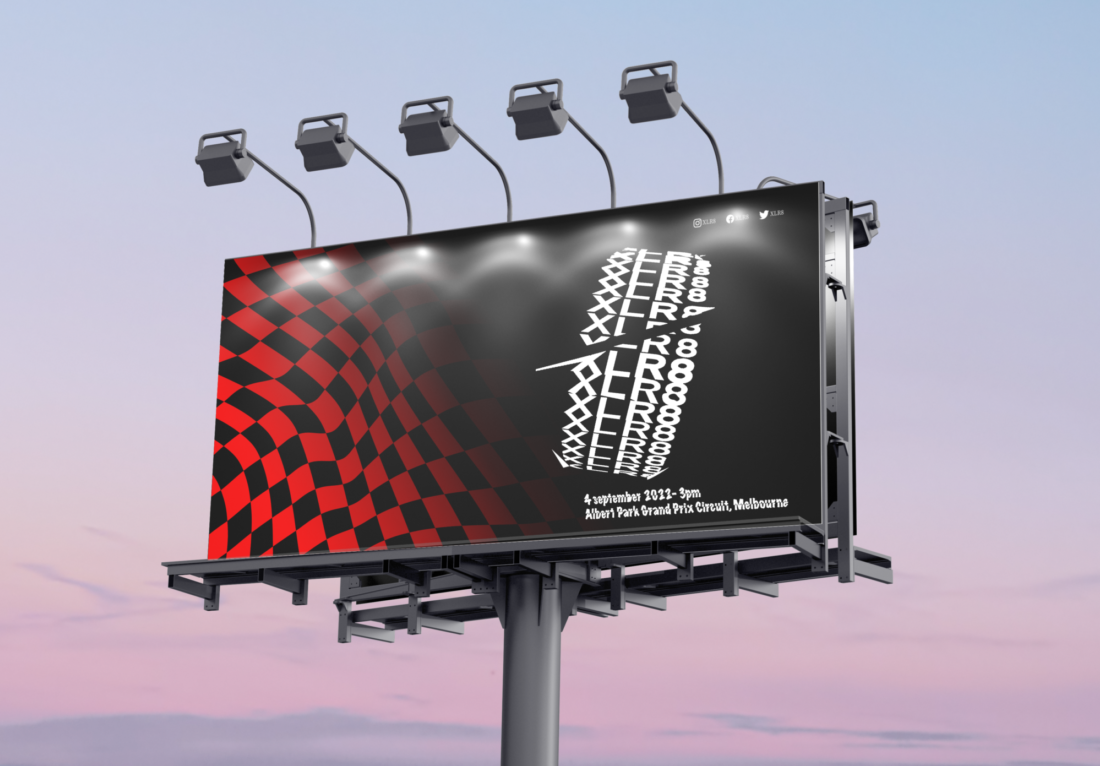 “If I did it again [I would] make the tyre design more vibrating and try other backgrounds [for the type].”

The designer was a relative newcomer to the industry software he used to synthesize his concept, a fact that came to me a surprise as the design displayed a clear degree of restraint and spatial understanding. He utilized negative space wonderfully in executing his concept and succeeded in creating a very clear visual identity, one that is certain to attract the attention he desired. When asked for final words on his work, he had the following to say: 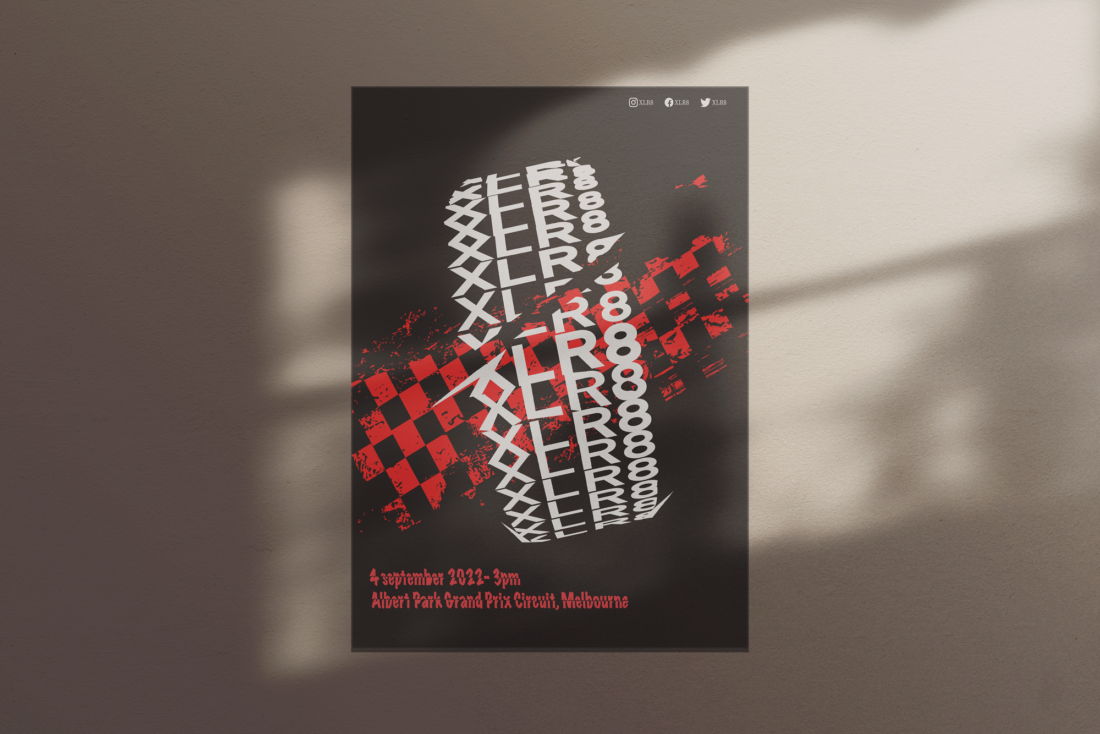 “It was a lot of fun learning [through] this design; I learned a lot about [both] kinetic typography and the features of Adobe Illustrator.”

There was a distinct eagerness present during the interview, where the designer appeared excited to continue his journey through the world of visual communication; I hope to see more from him in the coming years, when he has acquired even more skill and practice to work with.